View Watergate Bay in all its glory with its exceptional facilities including the Extreme Academy, which offers a great range of adrenaline sports, great lifestyle shopping, and the legendary Beach Hut. After a bite to eat, strike out along the South West Coast Path and head to neighbouring Porth beach.

Start off on the coast path above Watergate Beach, a two-mile stretch of golden sand. Warm and cold Atlantic currents converge here, giving rise to a wide range of marine plants and animals. Herring gulls and fulmars nest above the high water mark, and clumps of tufty pink thrift abound on the cliffs. 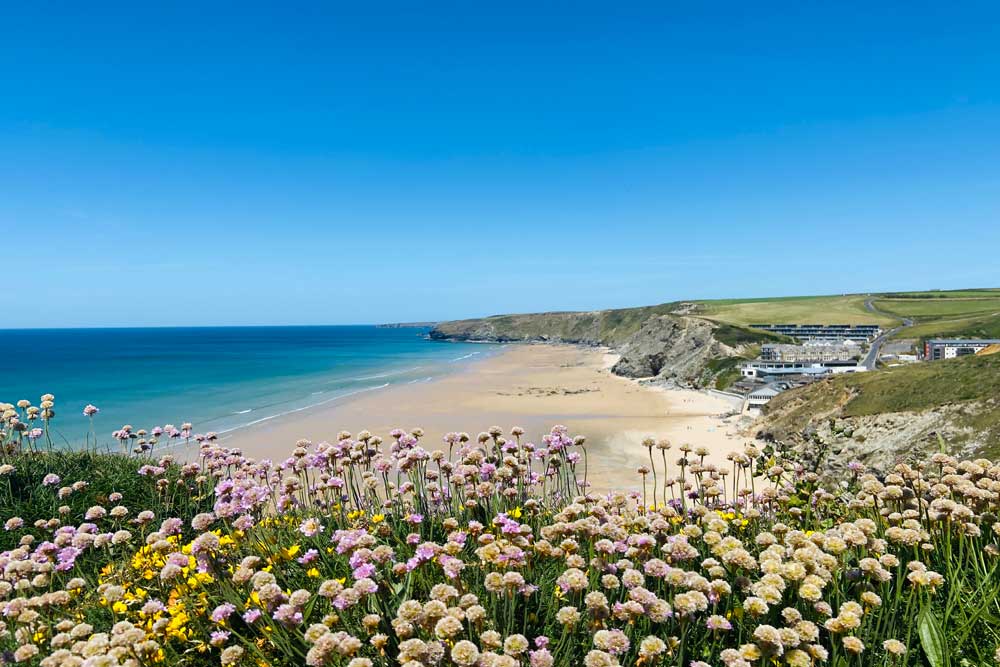 The rock pools are home to many molluscs and algae, as well as the astonishing shanny fish, which can survive out of the water for brief spells. Look out for bottle-nosed dolphins and harmless basking sharks out in the bay. 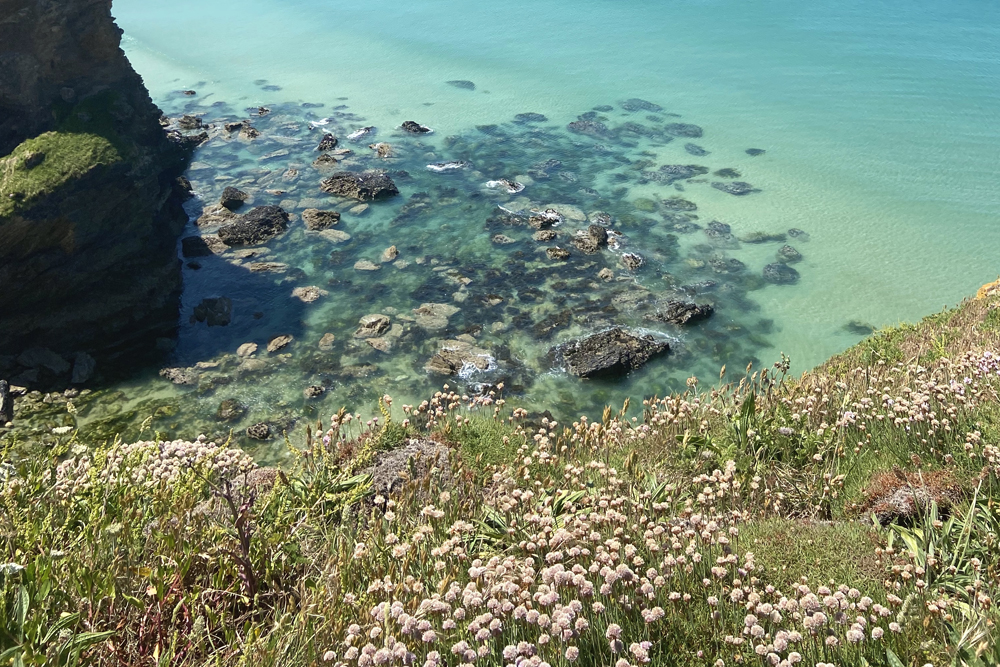 Turn left on the Coast Path and follow it back to Whipsiderry, where some of our favourite north Cornwall views, never disappoint. 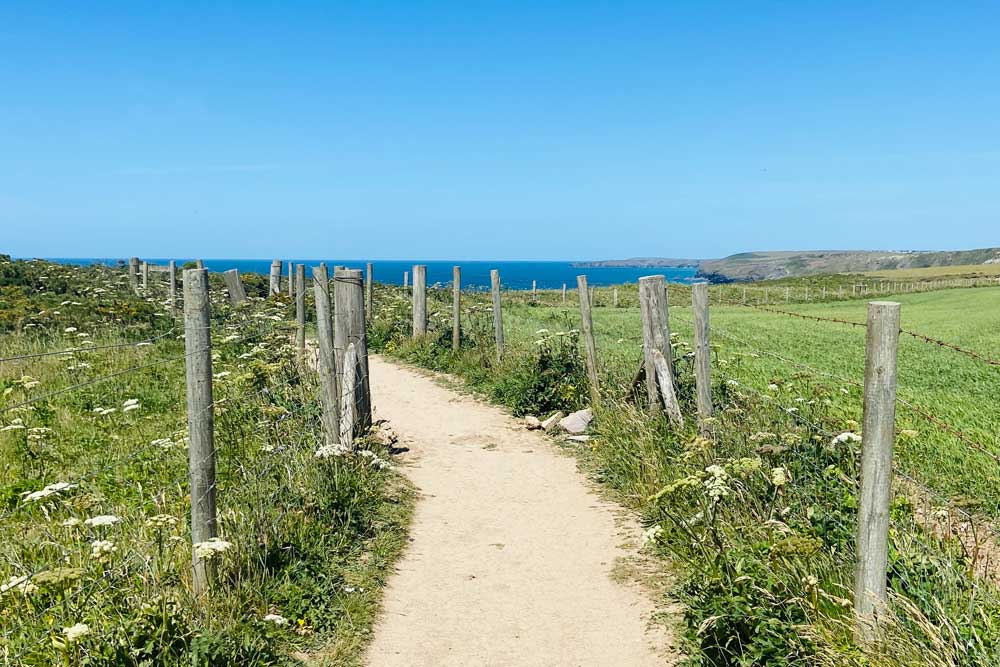 The island near the steps on Whipsiderry Beach is Black Humphrey's Rock, which is riddled with old iron mine workings. A couple of adits emerge near the steps, and some of the boulders on the beach contain iron ore. 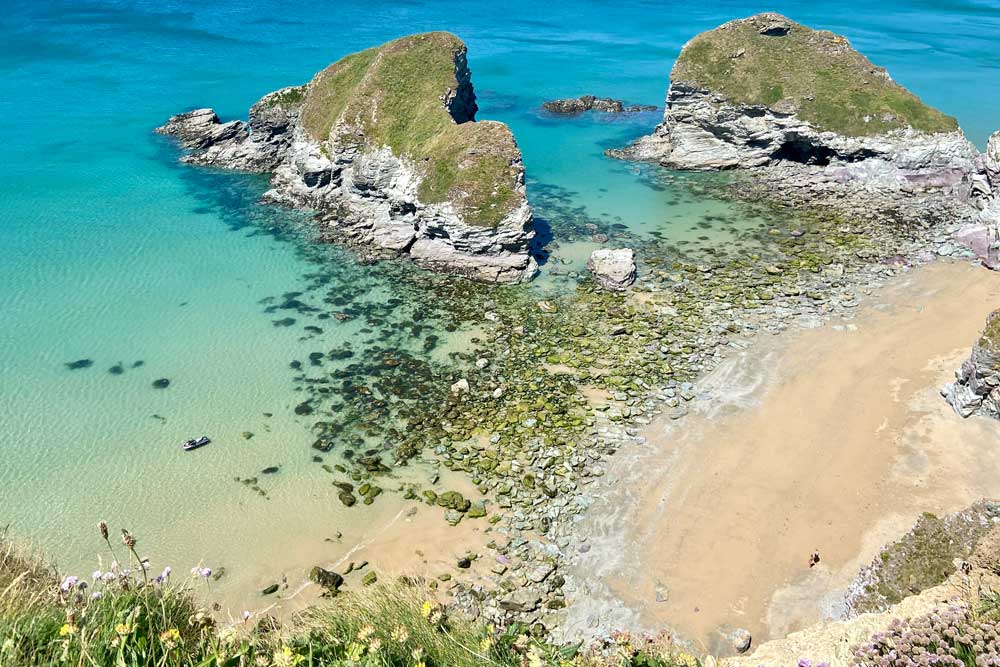 There are some impressive caves this side of Trevelgue Head. White marble was once quarried in the pillared Cathedral Cavern, which has a number of tunnels leading away from it, and it is still possible to see a shaft in the roof and drill holes in the walls. Another large cave is Banqueting Hall, also known as Concert Cavern, where candlelight concerts have sometimes been held.

There is also a spectacular blowhole, just opposite the island, which can be reached by crossing the bridge. Around the time of half-tide the air in one of the caves is so violently compressed that it forces a jet of water through a blowhole in the cave with a thunderous roar that sounds like an old steam train suddenly emerging from a tunnel.

Fuel up on coffee and deck yourself out in the latest coastal style at Roo’s Beach and stroll along the golden sands of Porth beach before heading back to your swanky abode. If you're looking for a bite to eat, head to the pub on the beach - The Mermaid, where they serve pizzas in the beer garden, local ales and a full lunch and evening menu. 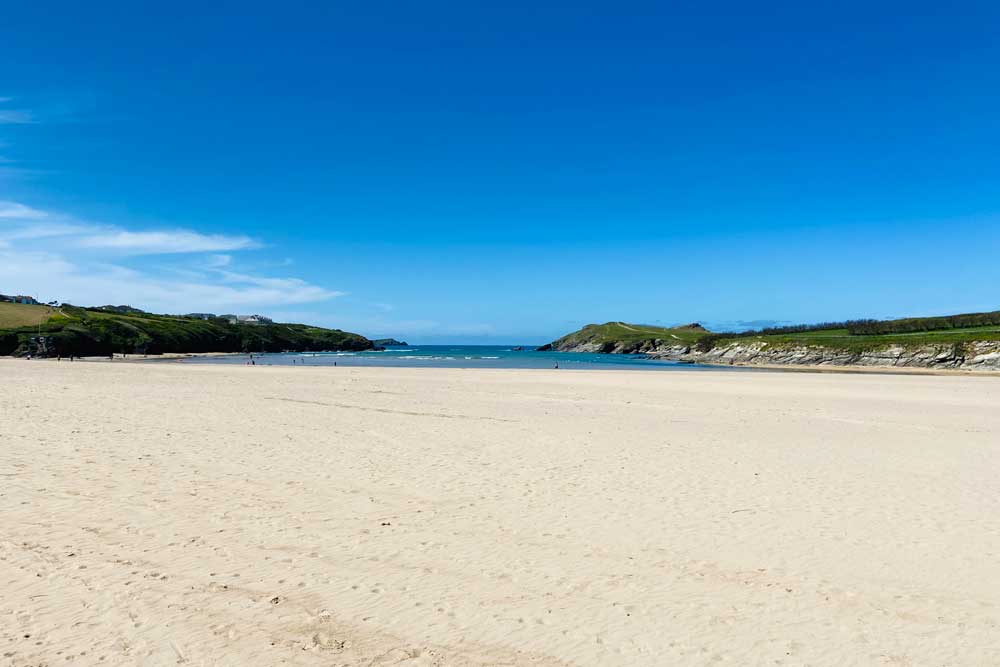