The North coast of Cornwall is a smörgåsbord of beautiful beaches and great surf breaks to which Mawgan Porth is of no exception. A few miles north of Watergate Bay, Mawgan Porth is a picturesque village with everything you could need for a great holiday!

Mawgan Porth Beach has all the right ingredients – sitting at the bottom of steep cliffs, this large sandy beach has rock pools, rolling surf and amazing sunsets.  It's no wonder The Times named it one of the best beaches in Britain stating ‘There are better-known and busier beaches in Cornwall, but few can match the raw beauty of Mawgan Porth’. Mawgan Porth Beach is one of Cornwall’s quieter beaches making it popular with families with younger children.

Coming off the beach and exploring the village you'll find the local deli, cafes, surf shops and hire, craft workshops and jewellery and clothing boutiques. 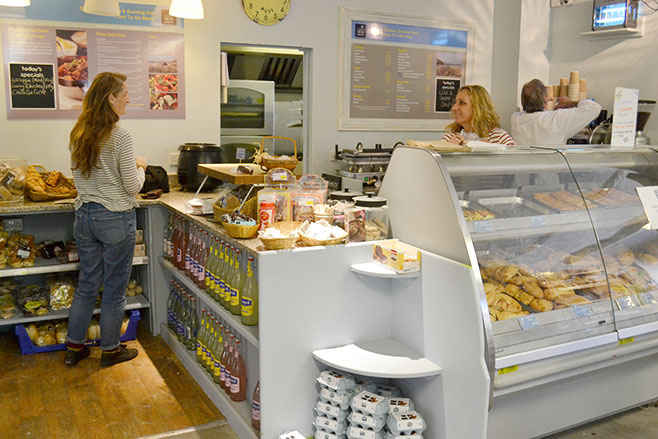 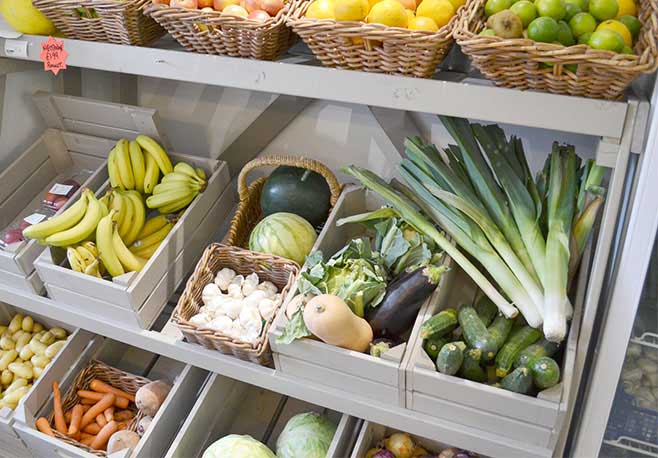 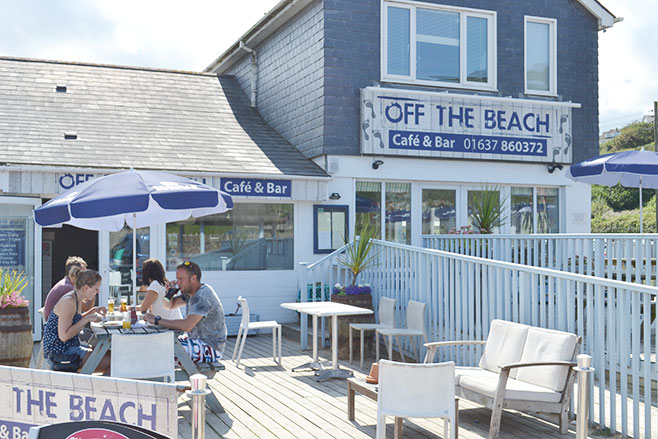 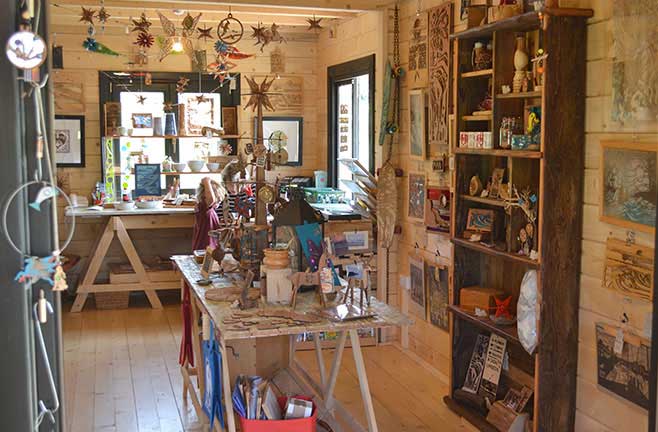 Trans Surf takes centre stage in the village, selling and hiring surf equipment and more. From wetsuits to custom made boards, vintage Levis and cowboy boots to fair trade Cornish clothing you could search the store for hours. 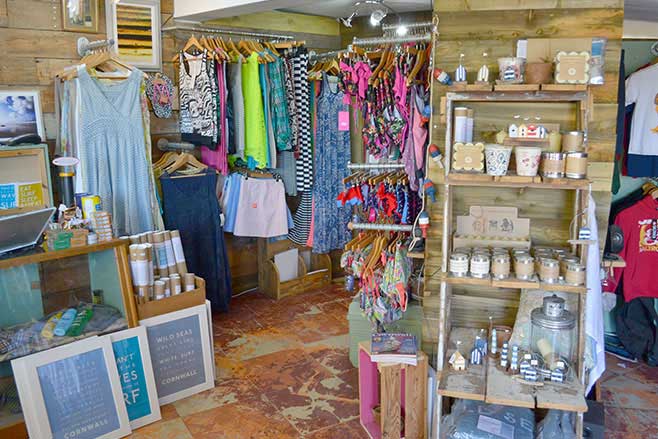 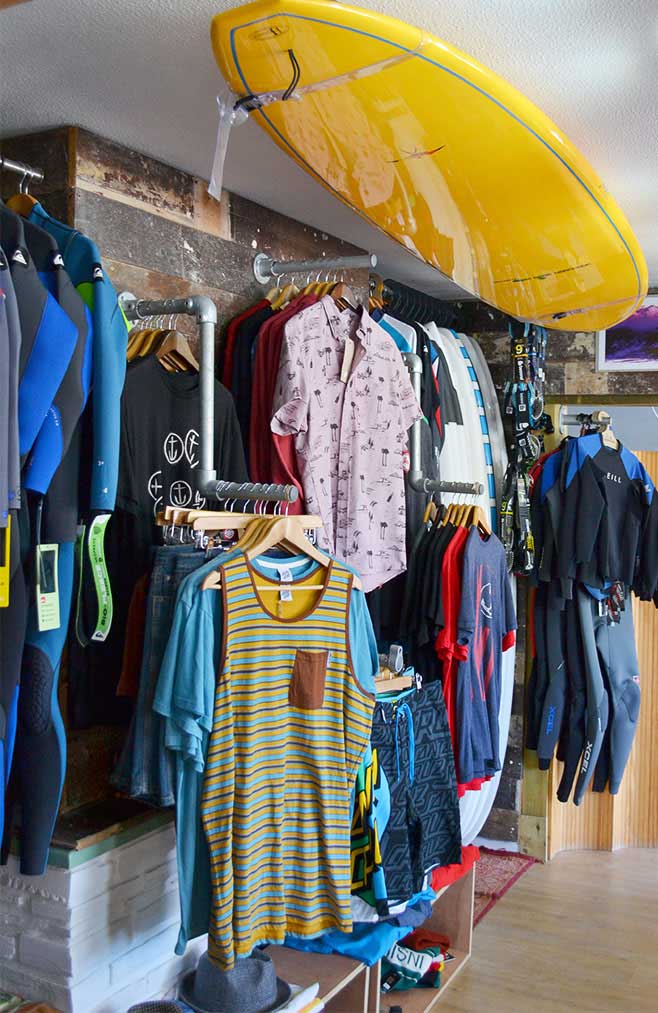 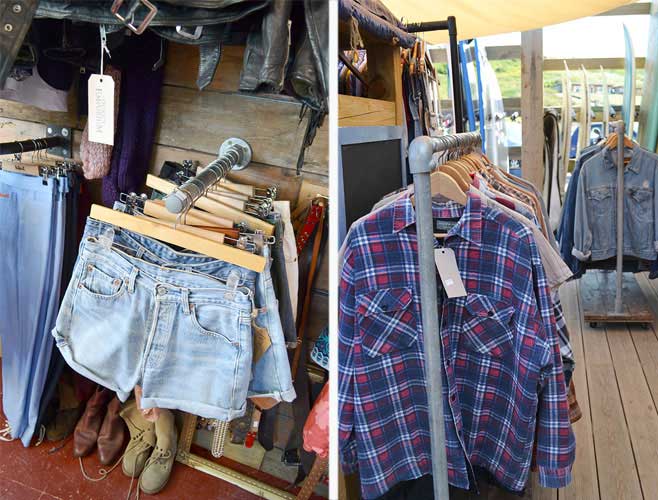 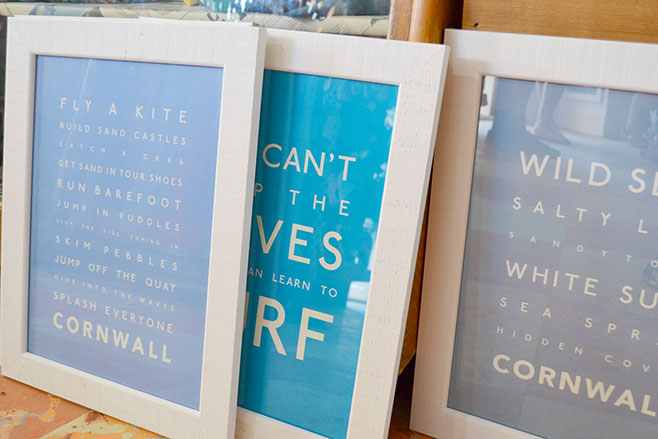 Next door you'll find Roo's Beach. With a sister store in Porth, Roo's Beach is building a reputation as the 'beachiest' boutique in North Cornwall. Fun and funky is the only way to describe their eclectic style. 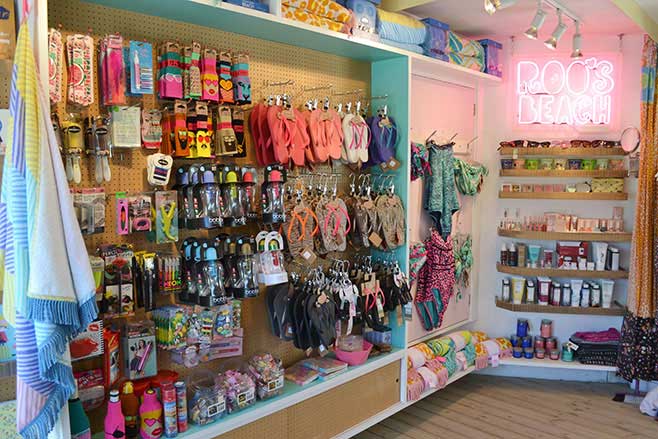 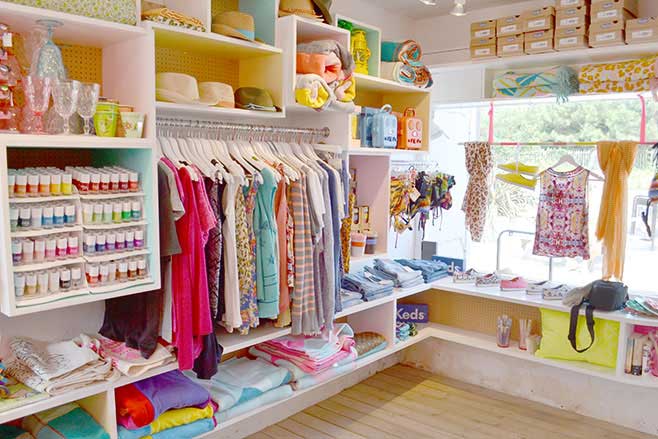 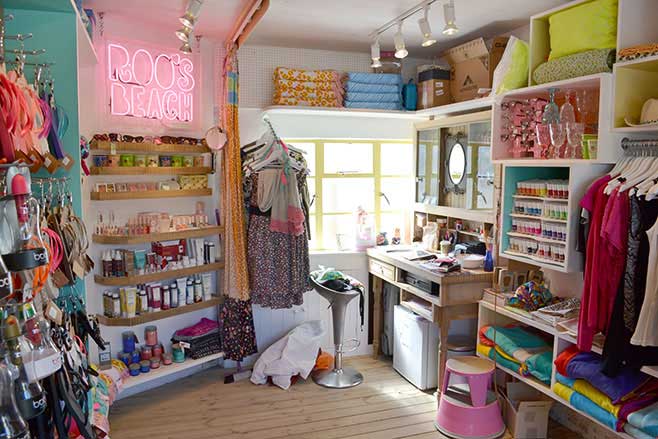 And don't forget to visit Disco Beads. Created in 2009 by jewellery designer Vic Harrigon, as quickly as she could make the jewellery she was selling it. Now with her own shop in Mawgan Porth, you can purchase ready made bracelets and necklaces or create your own.

Disco Beads have a mirror inside which makes them highly reflective giving them the bright and glowing look of a disco ball when they catch the light. 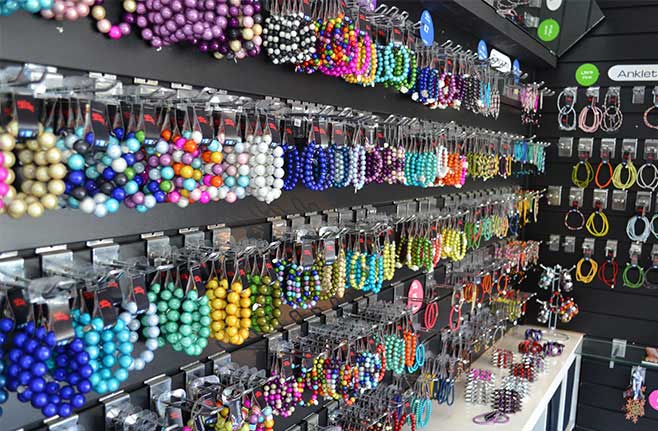 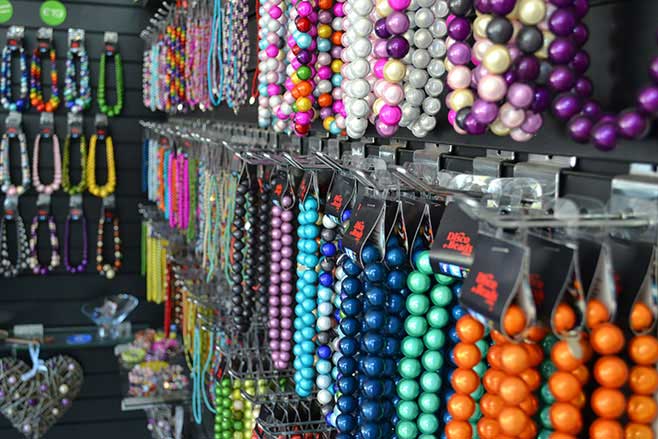 After a few hours retail therapy we'd worked up an appetite for coffee! At the end of the village we spied 'Laid Back Coffee co', an independent, mobile coffee business selling great coffee and home baked cakes from the back of a 1969 Morris Minor Van. 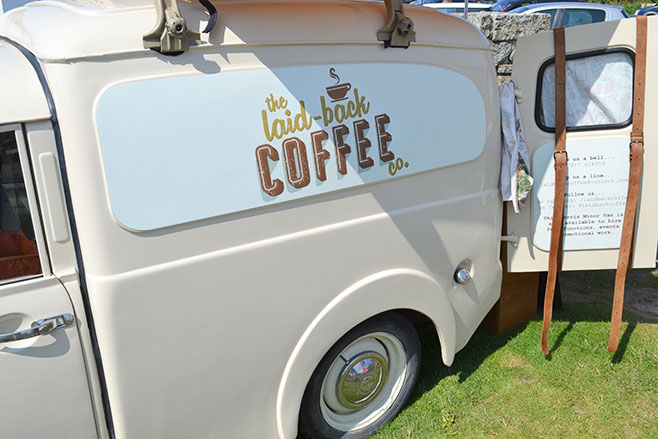 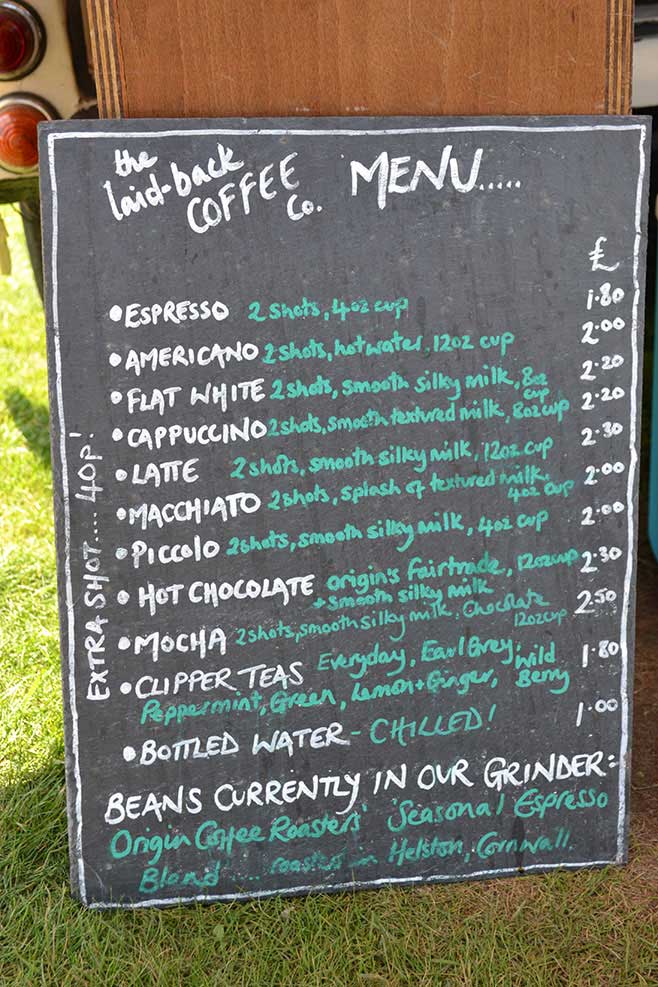 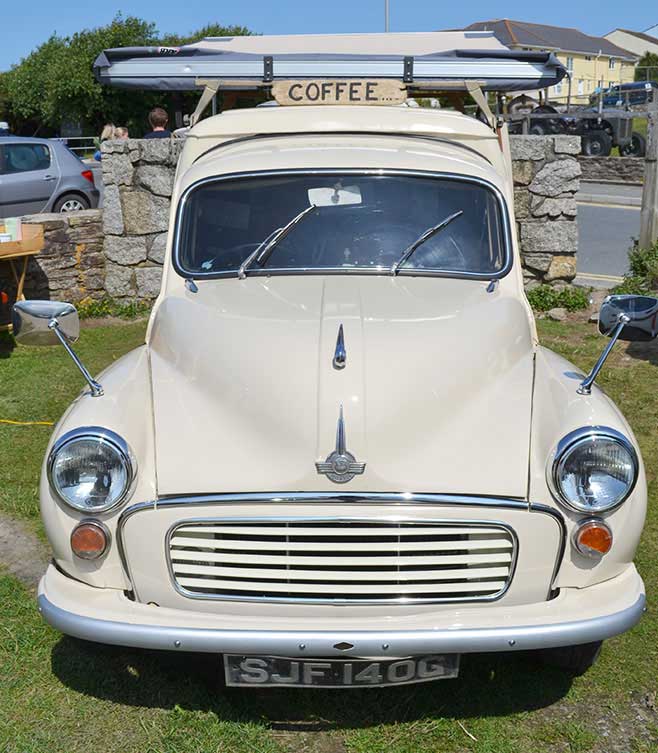 Alternatively, if you're looking for proper pub grub served at morning, noon and night (full English breakfasts and muffins, freshly filled baguettes from Chough Bakery in Padstow, and stone baked pizzas), then the Merrymoor is for you.

Walking back towards the beach we were nearly convinced by the Kingsurf guys to take a surf lesson. Running since 1997, Kingsurf has taught thousands of people how to catch the waves and ride them all the way into shore.

There is a great local vibe in Mawgan Porth; the residents of the village really work hard to keep everything local. If you want an authentic Cornish holiday, Mawgan Porth is for you.

Check out our holiday lets in Mawgan Porth.