How does Brazil differ to Cornwall

The World Cup is all anyone is talking about at the moment...including us, we're hooked. And with all the talk of Brazil we got to thinking, 'how does Brazil differ to Cornwall'. To answer our questions we asked friend of Beach Retreats, Aline, and her family to join us for a Brazilian-Cornish lunch. 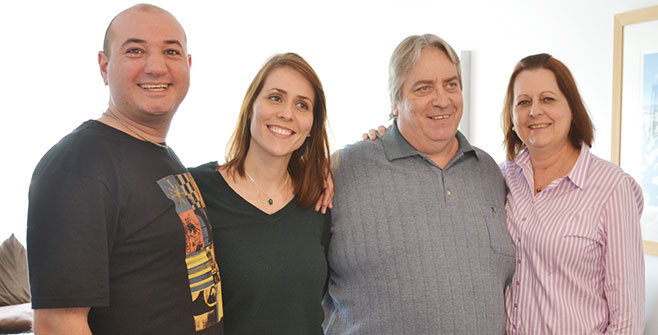 Q. What are the main differences between Cornwall & Brazil, apart from the weather?

When I first moved to Cornwall I was surprised at how narrow and windy the roads were. It took me a while to get used to them as in Brazil our roads are newer and follow the grid like pattern of the US. There is also a lot less traffic here so everywhere is far quieter.

Looking out at the coastline of Cornwall, it's far more rugged. In Brazil we don't have big cliff-scapes instead the coast gently slopes down towards the sea, which happens to be much warmer than the Atlantic! 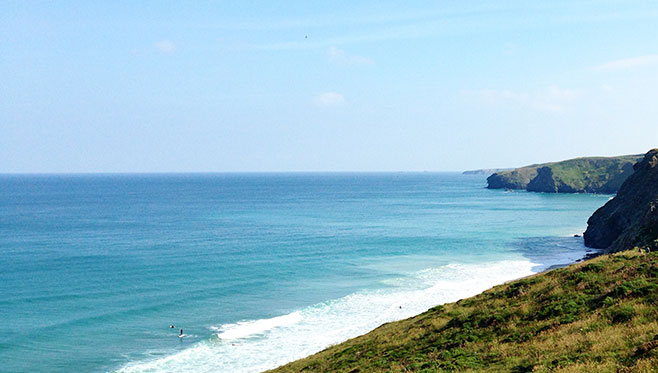 Q. What differences are there in the Food and Drink?

In Brazil we have a lot of national dishes, much like the Cornish have pasties and cream teas, in Sao Paulo feijoada and dobradinha (tripe). Throughout Brazil the different regions all flavour a different dish which is mostly influenced by the colonies that settled in Brazil many years ago.

In Sao Paulo our community is made up of a lot of Italians so those flavours are distinct in our food, however, you can find a lot of German, Portuguese and Spanish influences too. 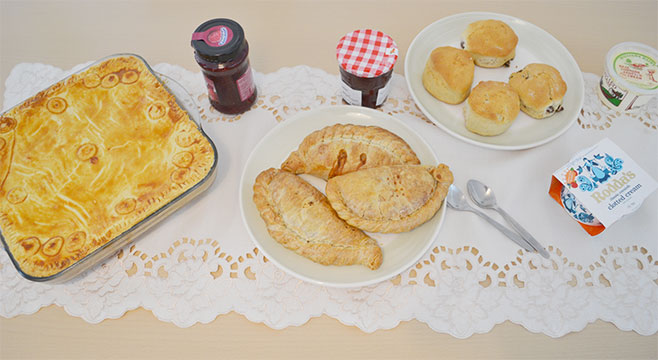 (A Brazilian and Cornish table of food)

Brazil is known for Cachaça which is a distilled alcoholic spirit made from sugar cane, mixed with some sugar, lime and ice to make Brazil’s national cocktail Caipirinha. 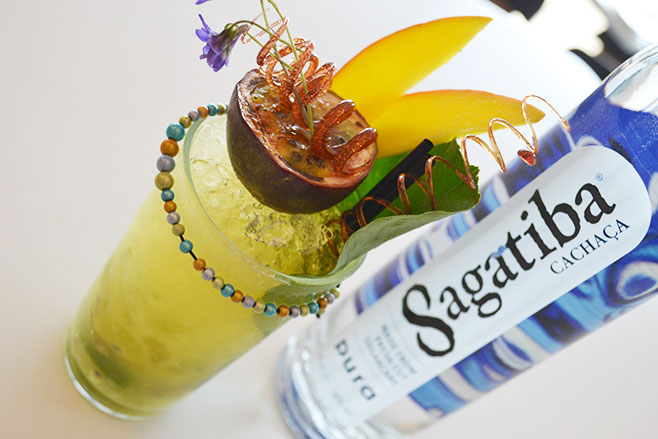 Q. How are the beaches different?

Beaches in Brazil are far more crowded. When the weekends or holidays hit Brazil everyone leaves the city and heads to the beach.

Depending where you are in Brazil,  beaches are better for different activities such as sunbathing & relaxing, windsurfing, surfing or snorkeling – there’s a coastline offering something for everyone (Brazil has 7,491km of coastline!)

Q. What would be a typical beach holiday in Brazil – self catering, hotel?

Most families book self catering accommodation as holidays are seen as an opportunity to get family & friends together.  Self catering offers more of a home from home experience where the family gets together to eat and drink and enjoy time together.

Q. What’s a typical way you spend a day during a beach holiday in Brazil?

We'd usually spend the whole day from early morning until it gets dark relaxing, going for dips in the warm sea, playing volleyball or football and even going for rides on the banana boats. 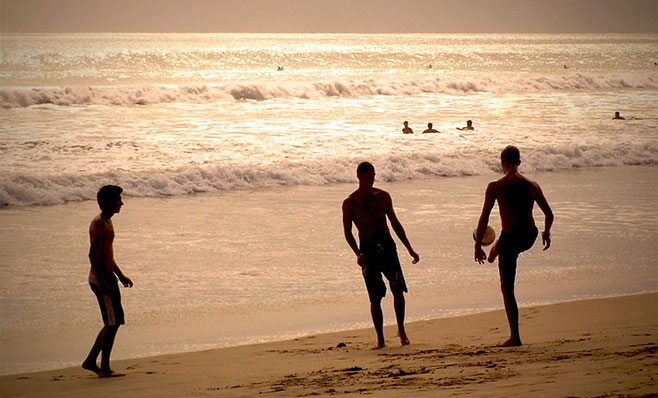 Q. Are dogs allowed on the beaches?

Q. What are the preparations like for the World Cup in Brazil?

There is a lot of buzz surrounding the World Cup. People are really interested in the players drafted for the teams and whether they would have made the same choices. We are excited to be the host for 2014 and can't wait for the big parties to celebrate every win!

Q. What's the atmosphere like on a Brazil match day?

Brazilian match days are seen as a social event and another great excuse to get family and friends together. Brazilians love any excuse to throw a BBQ with lots of beer.  You won't see many burgers or sausages on the grill through, we go for big cuts of steak and chicken!  Others may go to a bar where the owners would have laid on more screens and chairs to accommodate the crowds – wherever they are there is always a good atmosphere! 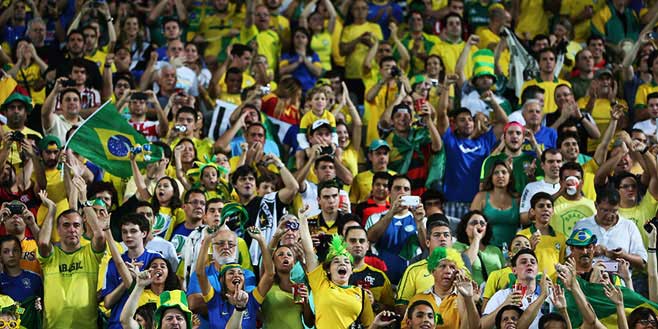 Q. Football is a popular sport in Brazil, which team do you support?

In Sao Paulo there are teams such as Palmeiras  and Corinthians (similar to Man Utd & Man City). Both Sao Paolo teams and big rivals so there’s a bit of a division here with the Silva’s supporting the Corinthians and the Dalfre’s supporting Palmerias.

Q. What other sports are popular in Brazil? 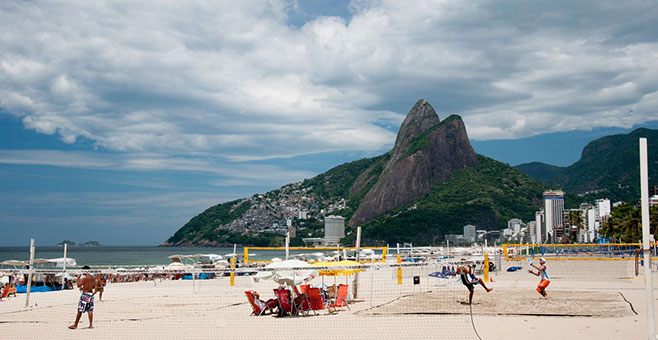 And finally, who is going to win the World Cup? 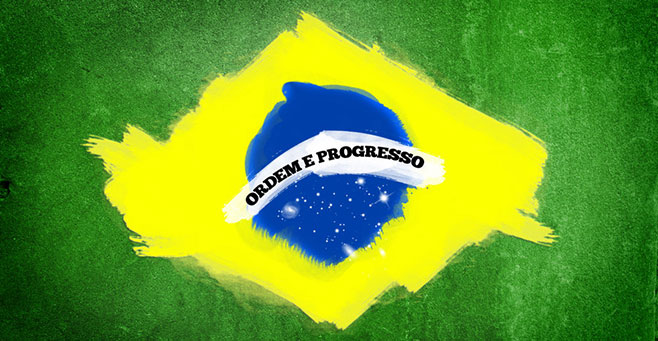 - This is the second time Brazil have hosted the World Cup.

- Brazil is the most expensive team in the World Cup.

- Argentina won the last two World Cup’s held in South America, winning in 1986 in Mexico and 1978 in their homeland.

- A European team has never won a World Cup hosted in South America but it is Germany who are best placed to do so.

- This will be the first World Cup with goal line technology.

- Brazil and Germany are tied for most World Cup games played, at 92 a piece.

- The all-time leading scorer in the World Cup is Brazil’s Ronaldo, with 15 goals.

- The highest scoring game in World Cup history was in 1954, when Austria defeated Switzerland 7-5.