Out of hours at the beach...

Where the magic happens

When Sir John Betjeman waxed lyrical about Cornwall’s ‘golden and unpeopled bays’, he immortalised in words something that so many of us hold dear: that special feeling of being on the beach outside of ‘normal’ hours – and of having these elemental expanses all to ourselves. 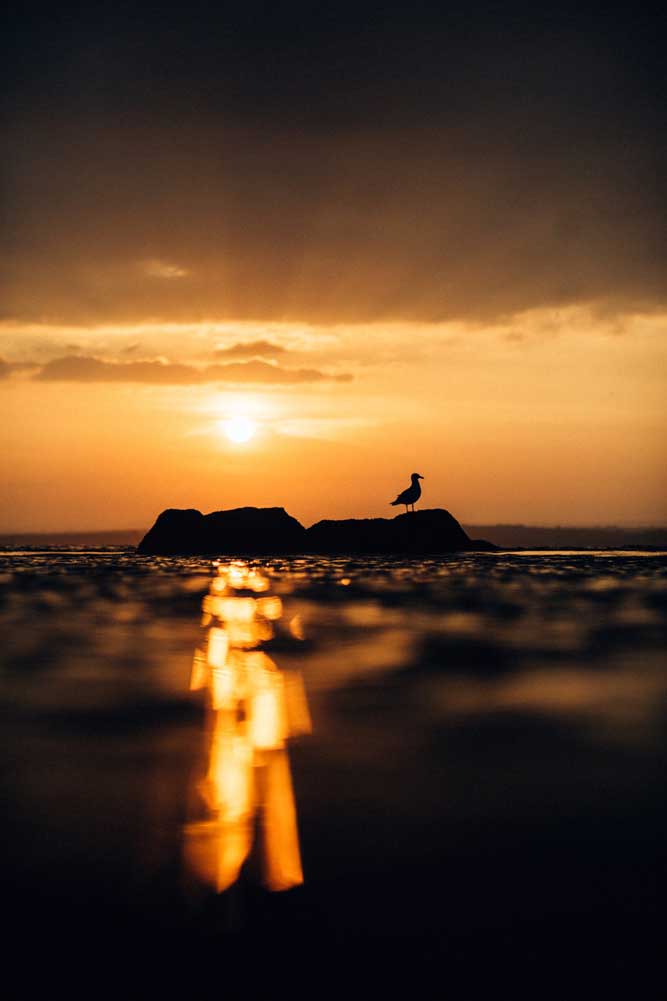 Whether at first or last light, staying steps from the shore means freedom to explore the beauty of the coast without the crowds – taking in the sights, sounds and scents of nature undisturbed.

The gleeful liberation of a sunrise dip. The thrill of leaving the day’s first footprints in the sand. The peace of a sunset stroll in a sheltered cove. In these quiet, fleeting pockets of time at dawn and dusk, the magic of the beach feels magnified – bathed in a mellow golden glow and shimmering with promise.

But this glow isn’t just imagined, remembered through the haze of happy escapades. It’s a recognised phenomenon, and it has a name: golden hour. Prized by photographers and artists for the elusive but intense warm light it casts, golden hour refers to the window when day merges with night: the period shortly after sunrise or just before sunset, when the sun hovers at the horizon. 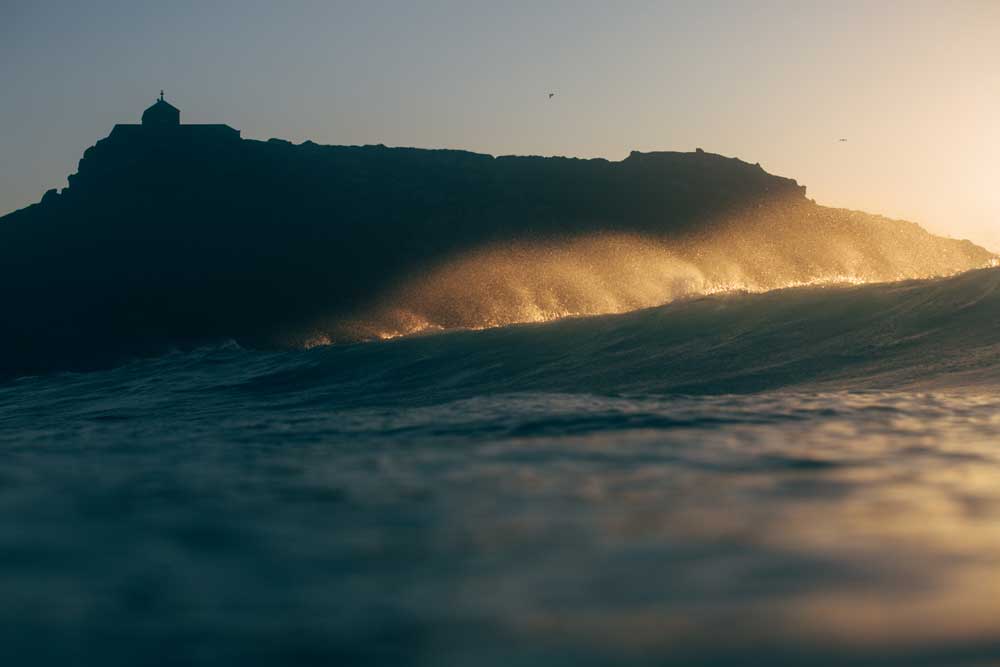 Is there any science behind these seemingly gilded moments? When the sun is low in the sky, its rays have to travel much further through the atmosphere to reach us than they do at noon. This longer path lessens the amount of intense, direct sunlight we see, amplifying shadow-softening, scenery-illuminating, diffused light instead. Blue light becomes scattered as beams of sunlight hit molecules in the atmosphere, leaving warm, red-toned light in its place.

Depending on the season and where you are in the world, the time at which golden hour falls will vary (and it’s rarely exactly one hour long) – but its effects are universally enchanting. And while brief, the coastal golden hours we bask in leave their mark on us in memory. 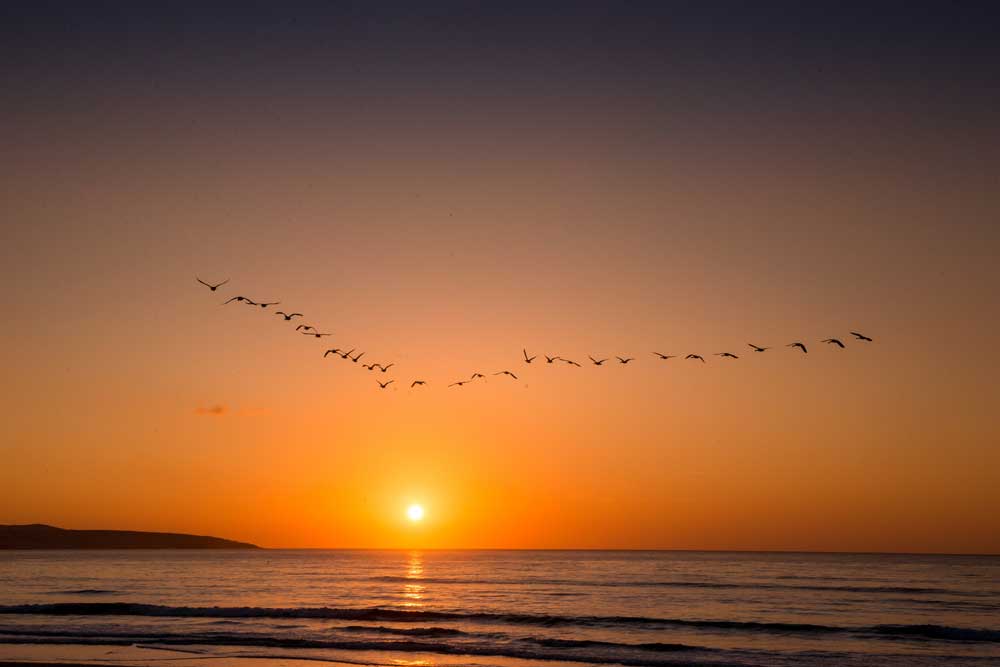 For people who live by the sea, it’s the freedom of these peaceful, often deserted moments out of hours that really counts.

In our new OUT OF HOURS series, we meet three inspiring locals who know just how to make the most of these golden moments between night and day. From the ocean photographer capturing aquatic dawns to the beach yoga instructor teaching calm in the dunes and the artist using paint to evoke the essence of moving water, take a few quiet moments to dive into their stories with us…

• “The evening light here is especially magical,” says artist Nell Kerr, who captures the ever-changing nature of the ocean’s surface in paint. “There are fewer people around and often the wind drops and the water takes on a glassy languor that is so beautiful and ethereal.” Read Nell’s story.

• “I think what makes the sunrise and sunset special is the serenity,” says beach yoga instructor Alicia Ray. “There’s a magic when you sense that others are connecting to the same energy as you.” Read Alicia’s story.

• “The blue hour, just before sunrise, is when it all starts to wake up – you can have incredible colour, sometimes the best colour is before the sun comes up,” says photographer Nick Pumphrey, whose project ‘Dawn Days’ has captured every sunrise swimming in the sea since 1 January 2021. “A few mornings there were three different colour shows, it was incredible. I’d be floating there alone, literally just hooting out loud at these natural displays. No one else around. It was pretty special.” Read Nick’s story. 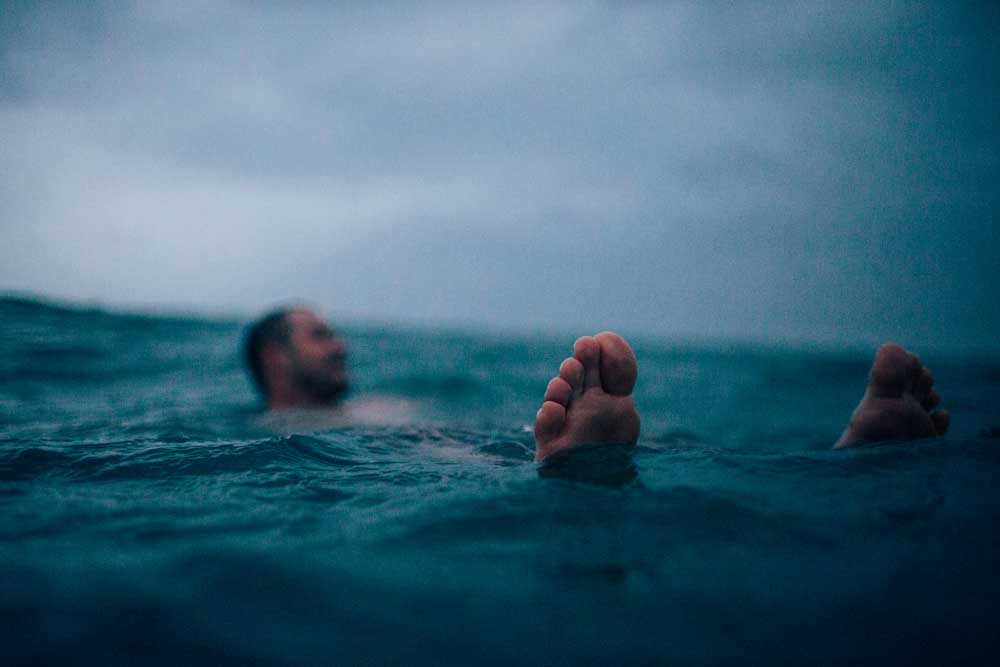