We pronounce it 'Foy' to rhyme with joy! 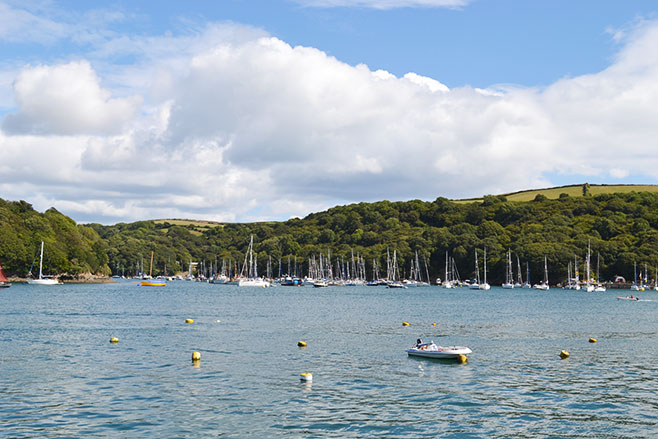 Fowey marks the first, of many, walk through's we'll be covering on the South coast of Cornwall. Half way between Plymouth and Falmouth, Fowey is one of Cornwall’s hidden gems. Tiny streets, tall houses, bunting and boats sum up this quintessential Cornish harbour.

Sparkling blue water peeks through the houses as we walk down the steep slopes of School Hill. 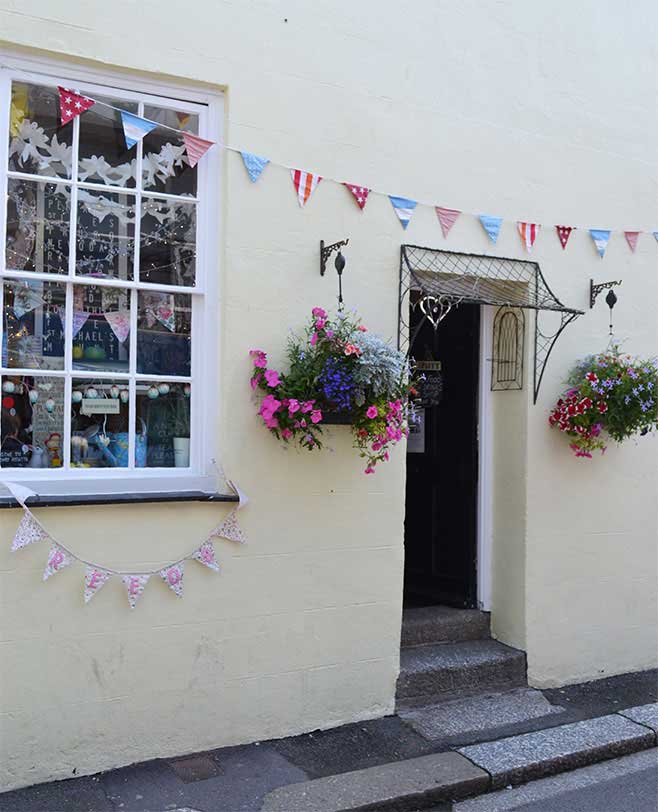 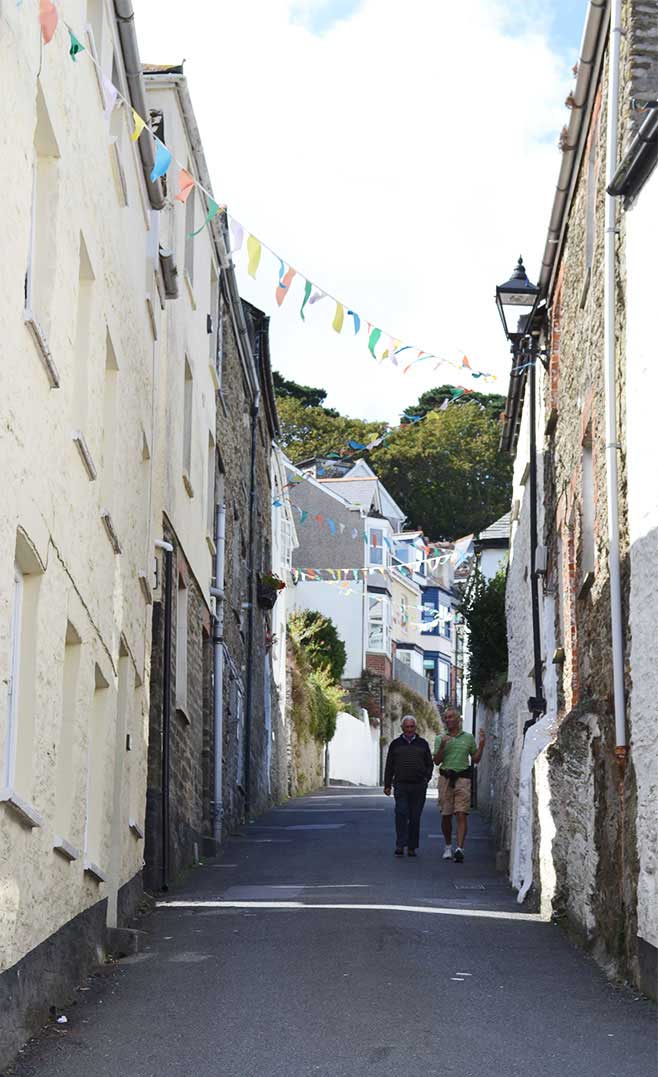 Trickling down into the town are a steady flow of locals and visitors, taking in the boutique shops and eagerly carrying their crabbing equipment, excited to get the best spot along the harbour.

In the town centre familiar shops like Sea Salt and Joules make you feel at home, whilst the boutique shops like Whistlefish Gallery entice you into the creative world of Cornish art and craft. But once again it's the great Cornish food that brings Fowey to life. Here is the home of the famous Sam's Bistro and Lifebouy Cafe, along with the customary bakeries and fish n' chip shops. Wherever you chose to stop for food, chances are you'll be looking out over the River Fowey, a haven for seafaring vessels. Over the centuries the River Fowey was hugely significant to worldwide trade, dating back to the medieval era when Fowey was a major port for trading Cornish tin. The Fowey harbour also participated in significant naval warfare, including the defeat of the Spanish Armada. But it's in the 1400s when Fowey men were most notorious across Europe, for their piracy! These days you can take a boat trip around the harbour and learn all about Fowey's history, and take a 'float' by Daphne du Maurier's holiday home where she wrote her first novel The Loving Spirit. Illustrator Mabel Lucie Attwell also took inspiration for Fowey, having lived in Polruan, opposite, and Fowey until her deal in 1964. Ferries run every approximately every 15 minutes to Polruan.