King of the Castles

From the birthplace of King Arthur to Henry VIII’s chain of formidable fortresses, a world-famous 12th-century island fortification to striking ancient strongholds, take a trip back in time with some of our favourite castles in Cornwall.

Perched on the rugged, sea-lashed cliffs of the North Cornwall coast, these dramatic ruins are said to have been the birthplace of the legendary King Arthur. With settlements here dating back at least as far as the late Roman period, this iconic place is steeped in history and it’s easy to imagine yourself part of the mythology as you navigate the steep, craggy paths and explore the mysterious nearby Merlin’s Cave. 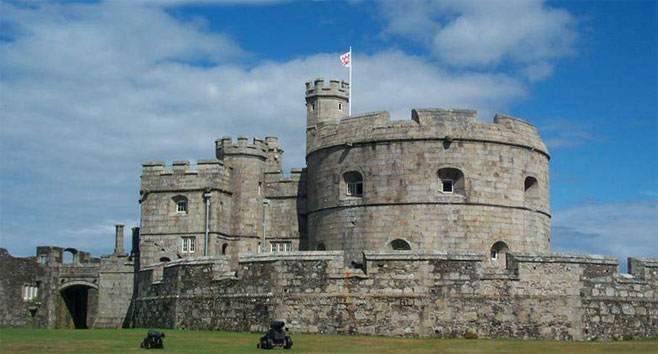 Like grand, twin gate posts marking the entrance to the Carrick Roads from the open sea, Pendennis Castle in Falmouth and St Mawes Castle, on the opposite headland, are some of the best preserved of Henry VIII’s coastal artillery fortresses. Built in the mid 16th century to help guard against attack from France and Spain, their fascinating story continues up to the 20th century when they saw significant action during the First and Second World Wars. Take in both castles in one day using the hourly ferry service across the Fal estuary.

Surely one of the most recognisable castles in all of the UK, the sight of St Michael’s Mount emerging from the mists of Mounts Bay on a crisp winter’s day is stunning to witness. The craggy island, completely cut off from the mainland at high tide, is home to a magnificent medieval church and castle as well as a small residential community. Cross the cobbled causeway to start your adventure, catch the boat if the path has disappeared under the waves, or simply sit and soak up the fantastic view over a cream tea in nearby Marazion village. 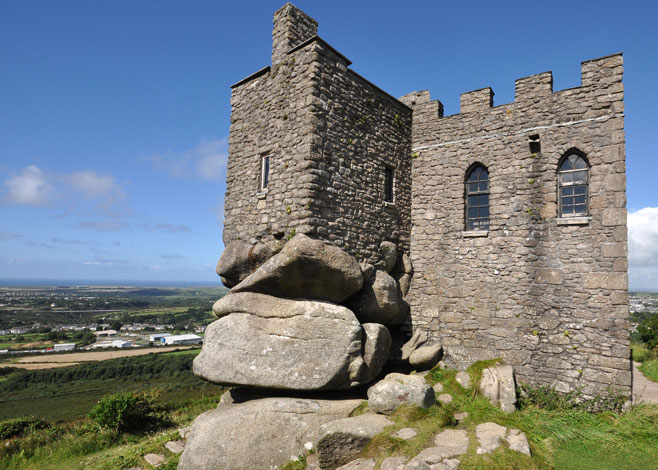 You’ll be hard pushed to find a castle experience quite like Carn Brea. This imposing 14th century building, which seems to grow directly from the giant outcrop visible from many miles around, was given its current facelift in the 18th century when it was modelled into a folly-like hunting lodge. Rather unbelievably, the castle is now home to a Middle Eastern restaurant where you can dine by candlelight enclosed by the thick granite walls and warm welcome of a genuine Cornish castle.