Immerse yourself in the Doc Martin TV set, tuck into freshly landed fish from celeb chef Nathan Outlaw’s kitchen, or simply sit by the harbour wall to take sublime views from the 700-year old village of Port Isaac.
Tucked away on North Cornwall’s dramatic coast, Port Isaac has become synonymous with the Doc Martin series and now the Hollywood blockbuster, Fishermen’s Friends. It’s just ten-minutes walk along the South West Coast Path from Port Gaverne, once a thriving port for landing slate, coal and pilchards. This sheltered narrow cove has remained pretty much unchanged for hundreds of years. Now owned by the National Trust, it’s become a popular spot for coasteering, paddleboarding and sea swimming. There’s plenty of space for dogs to play at low tide, and you can make a pit-stop for a pint or a snack at Pilchards beach café – part of The Port Gaverne Hotel.

Follow the coast path into pretty Port Isaac, which really is one of Cornwall’s most picturesque villages, with its narrow lanes and 18th century fishermen’s cottages tumbling to the water’s edge. Browse the art and craft galleries, gaze out to the big blue abyss and soak up the historic vibe as you wander through this characterful village. 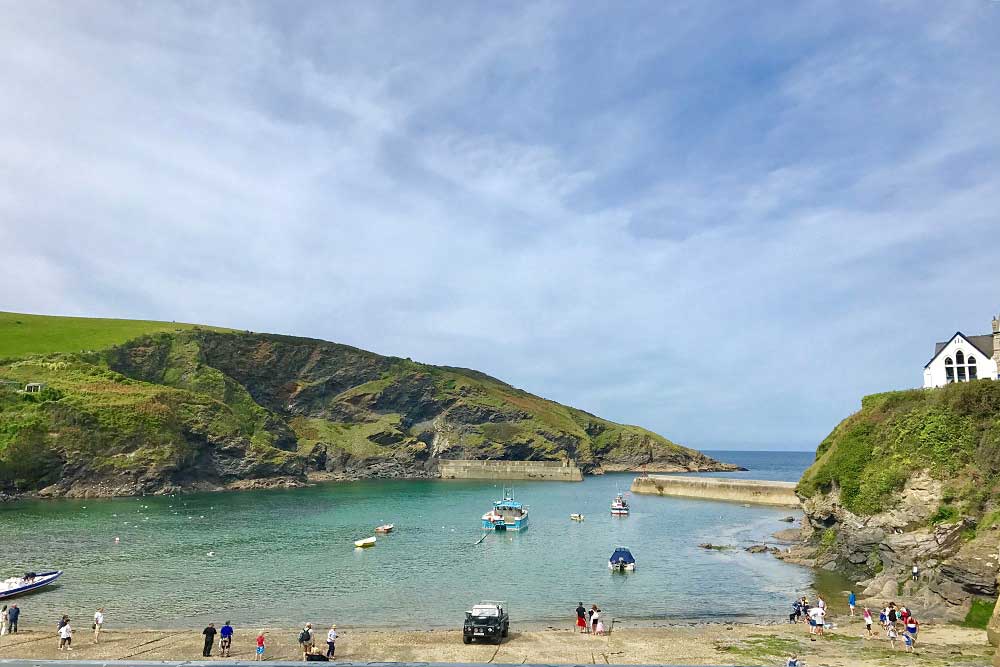 Fishing boats putter in and out of the harbour, landing the freshest of the ocean’s bounty that you’ll find plated up in a scattering of waterside cafés and restaurants. As well divine seafood served by one of Cornwall’s best-known chefs, Nathan Outlaw, there is a range of cafés and eateries serving everything from haut cuisine to Cornish cream teas. If you’re a fan of Doc Martin it’s just 200m to the other side of the harbour to spot his home in the fictional coastal village ‘Portwenn’. The Old School Hotel & Restaurant also features in the series, and makes a great pit stop for a steaming bowl of mussels or a slap-up dinner of seasonal produce.

If you fancy tucking into one of the best crab sandwiches in Cornwall (in our opinion), make a beeline for Fresh from the Sea. Owner Calum heads out on his fishing boat daily, to bring in the succulent local crabs that are hand-picked and served in home-baked wholemeal bread. As well as crab you can also tuck into lobster, fresh fish and Porthilly Oysters, all plucked from local waters. Situated on Roscarrok Hill, the local Methodist chapel – now the family-run Port Isaac Pottery and Chapel Café, makes a good coffee stop. If you’re lucky, you might even hear the popular sea shanty of the group of Fisherman’s Friends stretching their vocal chords there over a crate of ale – as Billy Hawkins, a baritone player, now owns it. 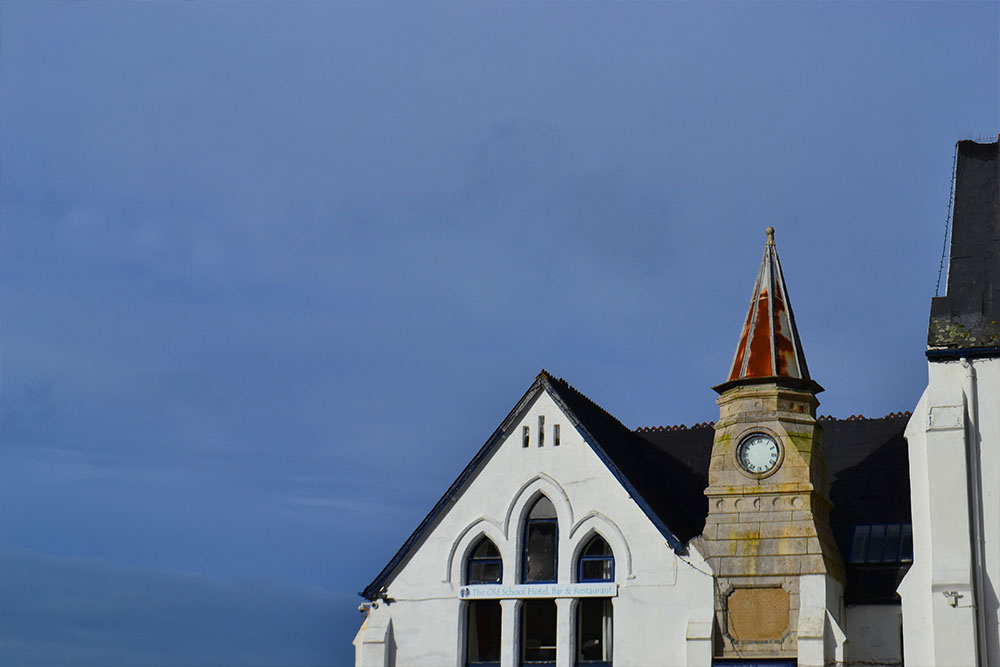 If you’re up for a more challenging stomp along this staggering section of the coast, head out of Port Isaac and tackle the undulating South West Coast Path to Port Quin. This narrow cleft flanked by cliffs is a stunning and safe location for sea swimming or kayaking, and as the tide ebbs it’s a haven for rockpooling. The beauty of this rugged inlet attracted the original Poldark film crew and a pod of dolphins also regularly comes to play.

Search for your stay in Port Isaac with Beach Retreats.