Spanish raids, star-gazey pie and even the Mousehole cat - our walk-through Mousehole in West Cornwall has it all. 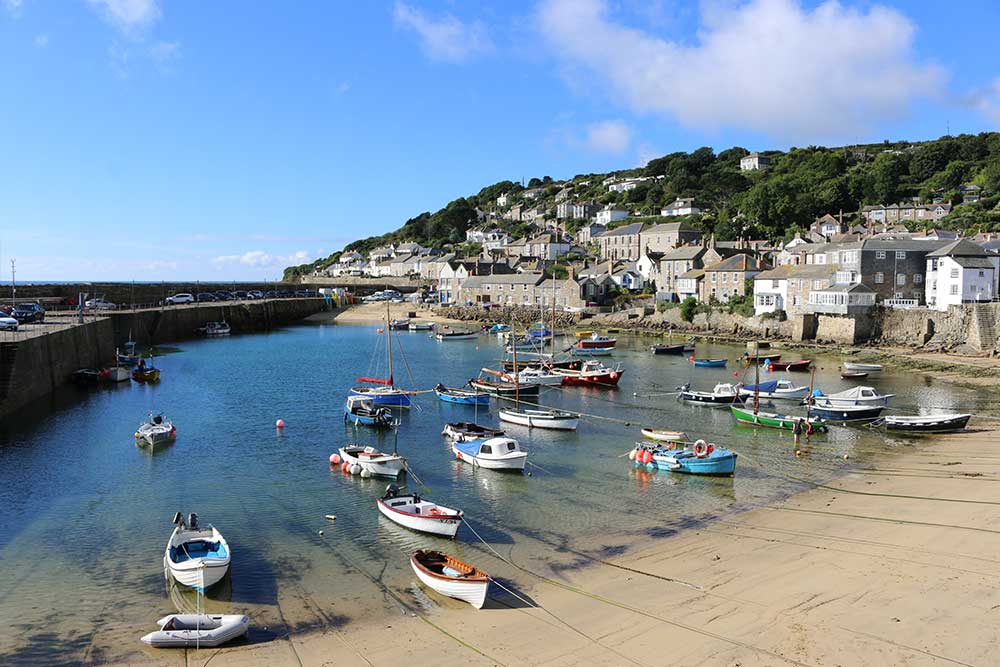 It’s easy to fall in love with Mousehole, West Cornwall’s picture-perfect fishing village and harbour which is steeped in history, legend and – today – glorious sunshine.

Retaining its original character, charm and beauty, Mousehole remains a popular holiday spot. Located three miles from Penzance, start by getting your bearings. Park along the road between Newlyn and the village itself for views stretching out over Mounts Bay to the Lizard in the distance – England’s most southerly point. 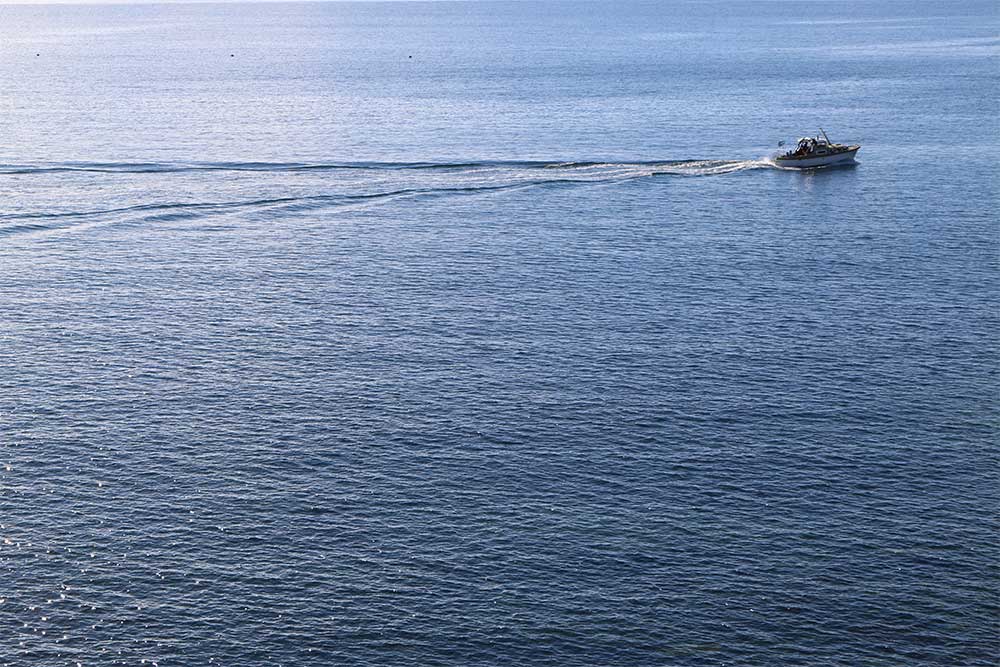 The car park on the right hand side as you enter the village brilliantly disguises the first stop on our walk from many visitors. With 180-degree seaviews from its terrace, The Rock Pool Café is a hidden gem serving coffee, tea, cakes and light meals, plus special food evenings during the summer – keep an eye on their Facebook page. 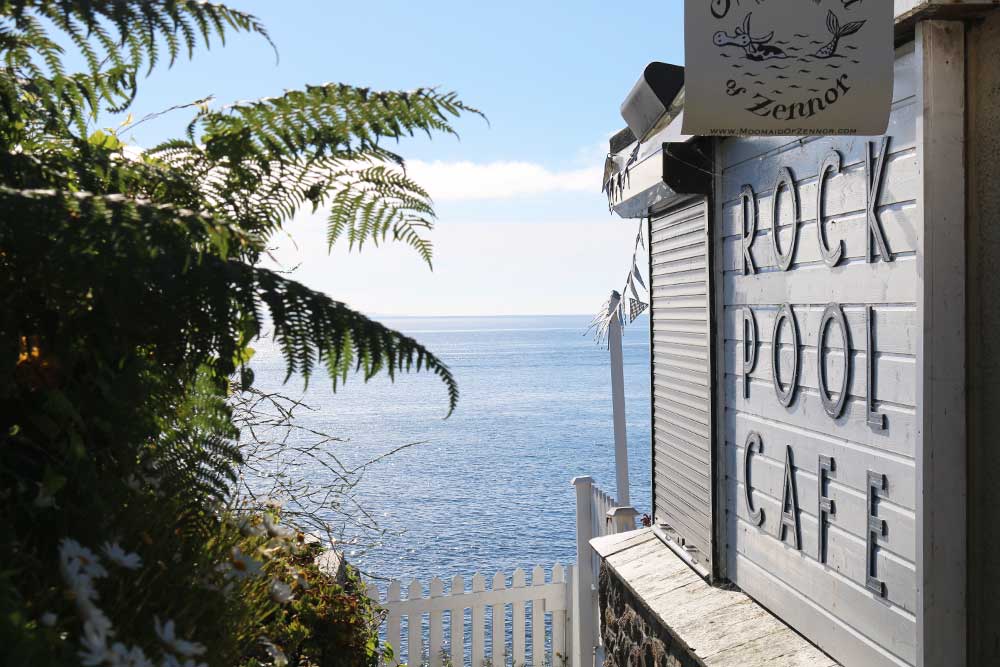 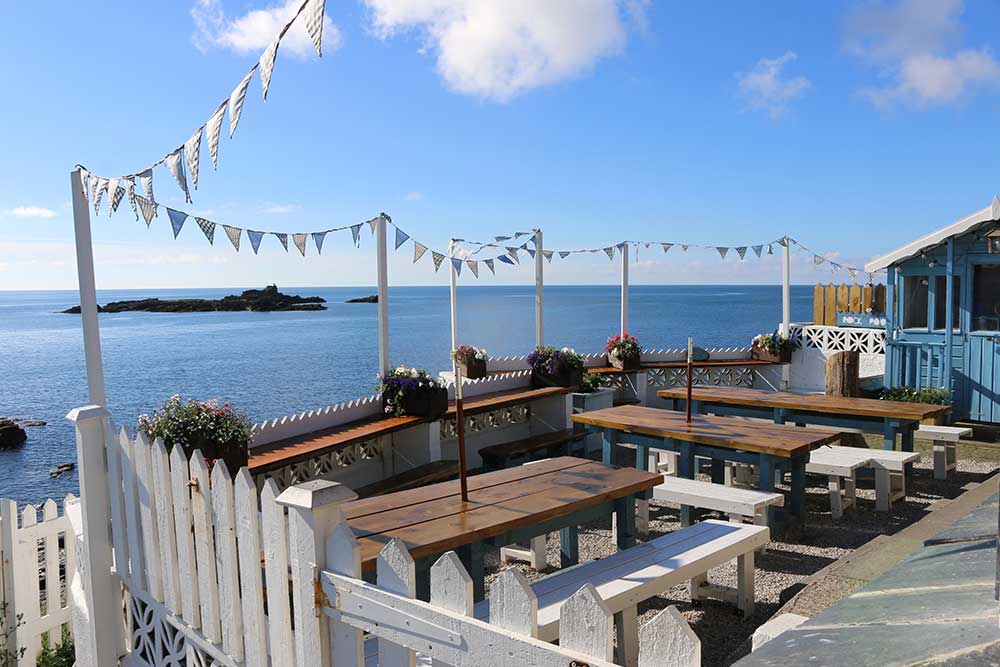 Next door, The Old Coastguard has built a reputation for great food kept simple. This is a traditional Brasserie menu that takes good ingredients and gives them a very simple but classic treatment. On a sunny day like today, drinks on the grass terrace overlooking the sea are a must. 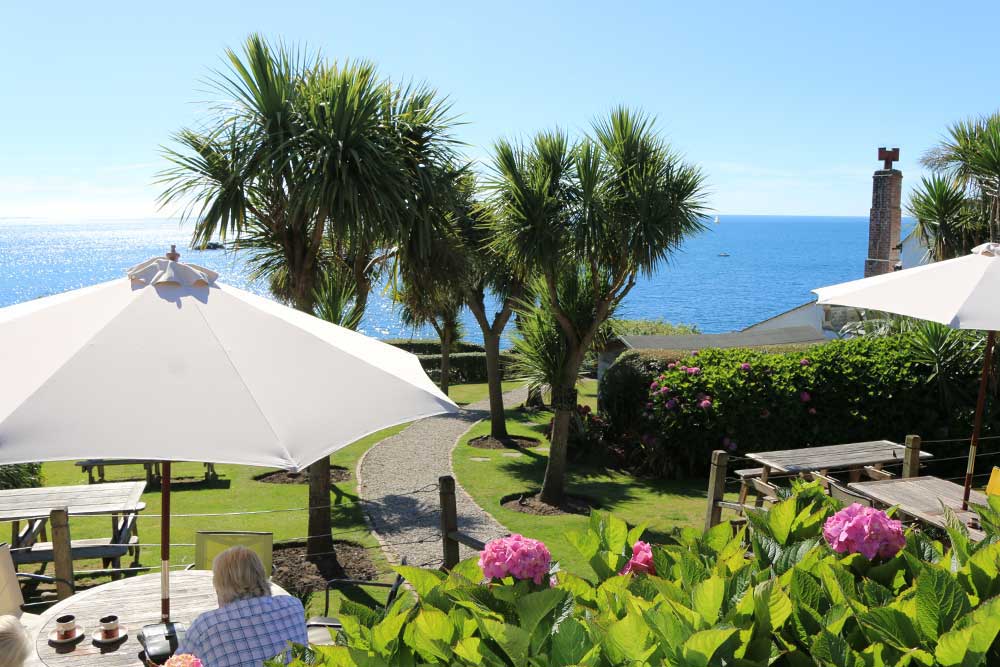 Down into the village itself you’ll find plenty of other places to eat and drink, including the Harbour Coffee and Café courtyard with its quaint white iron-wrought seating, Hole Foods Deli, The Ship Inn pub and 2 Fore Street, a vibrant and chic bistro-style restaurant with a secluded tropical courtyard out back. 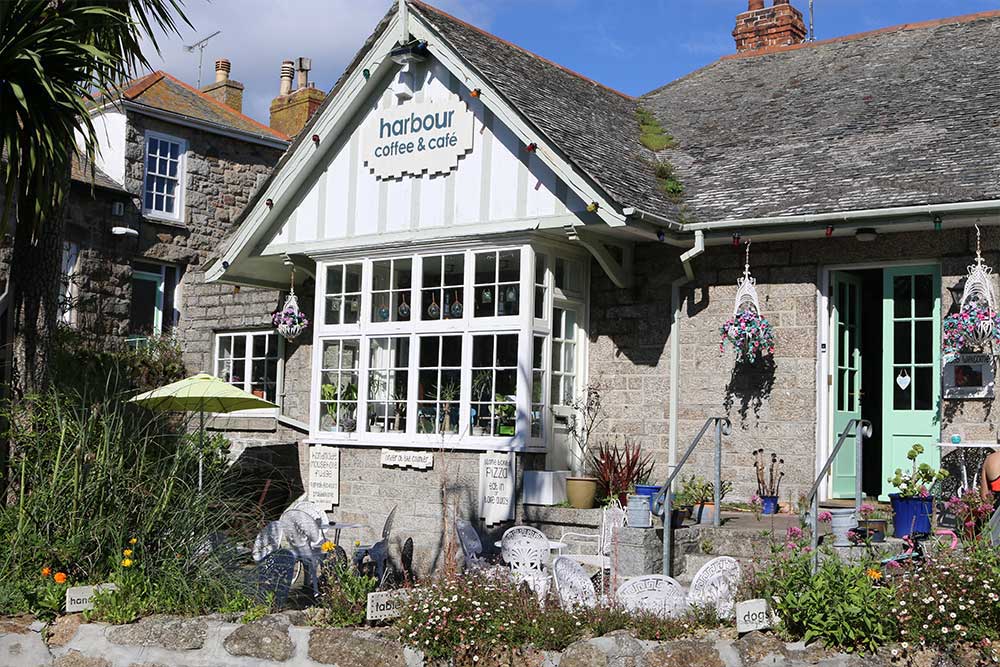 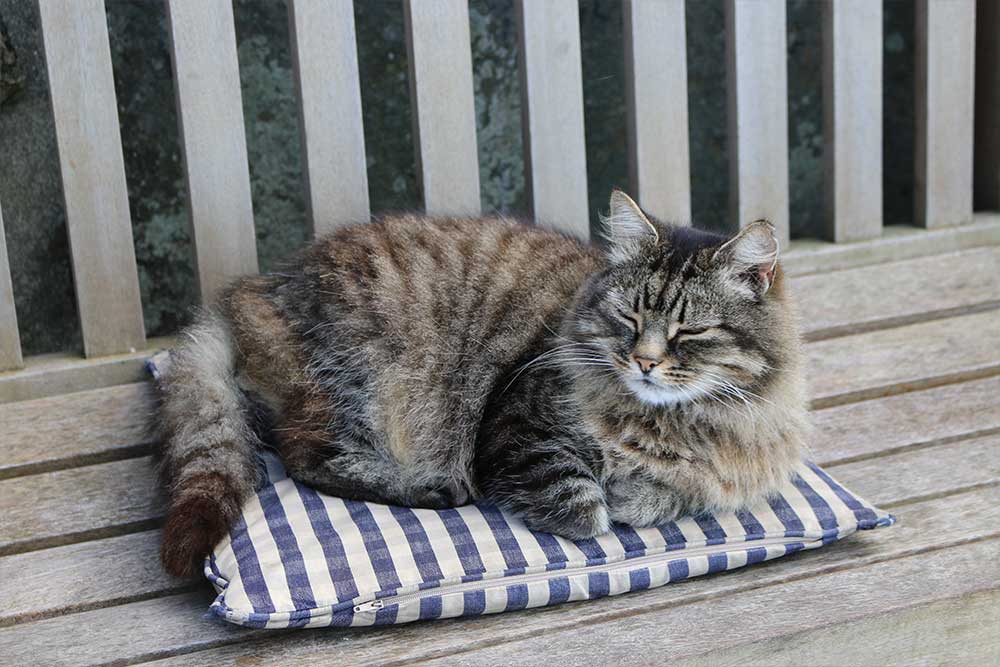 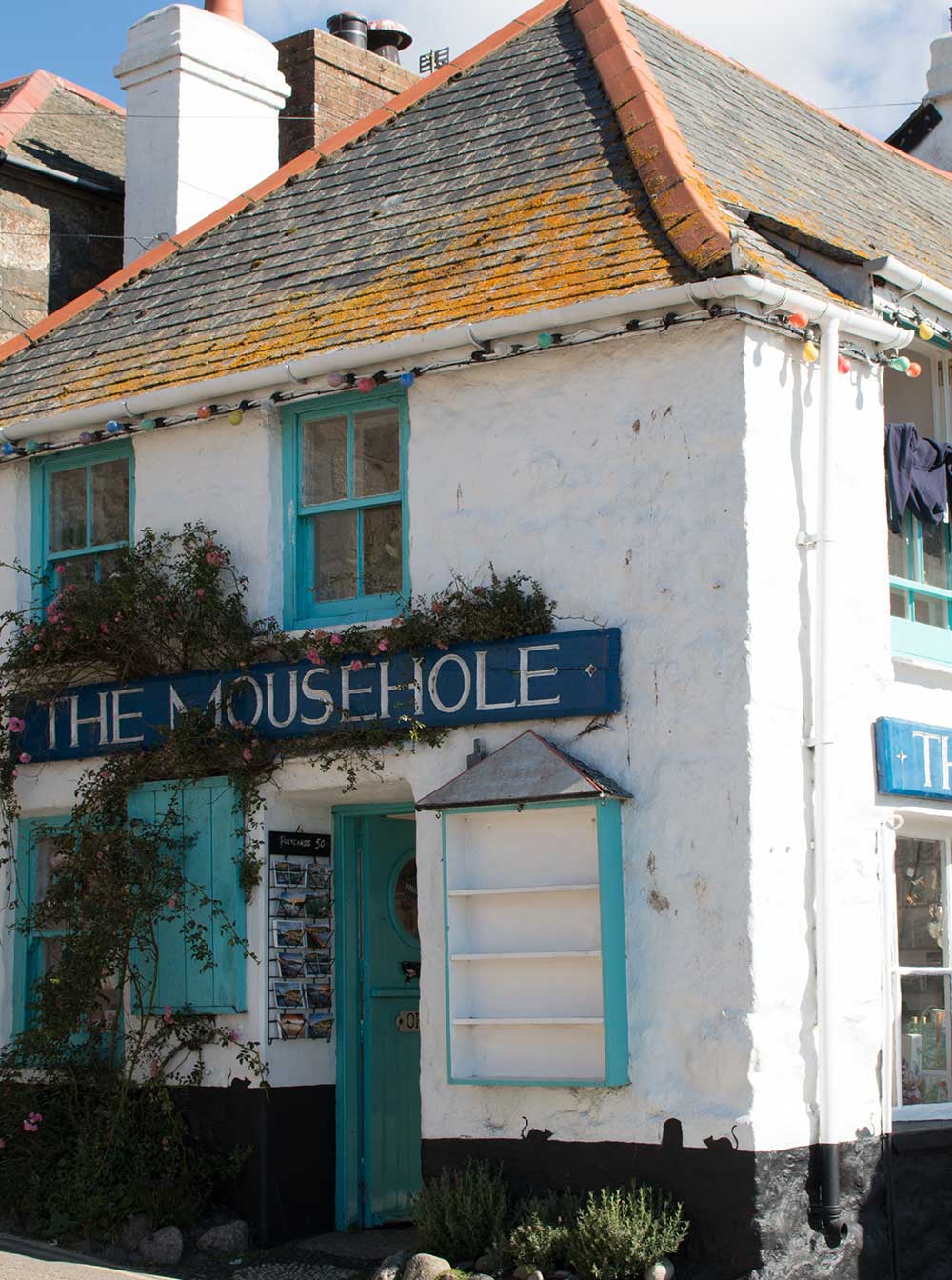 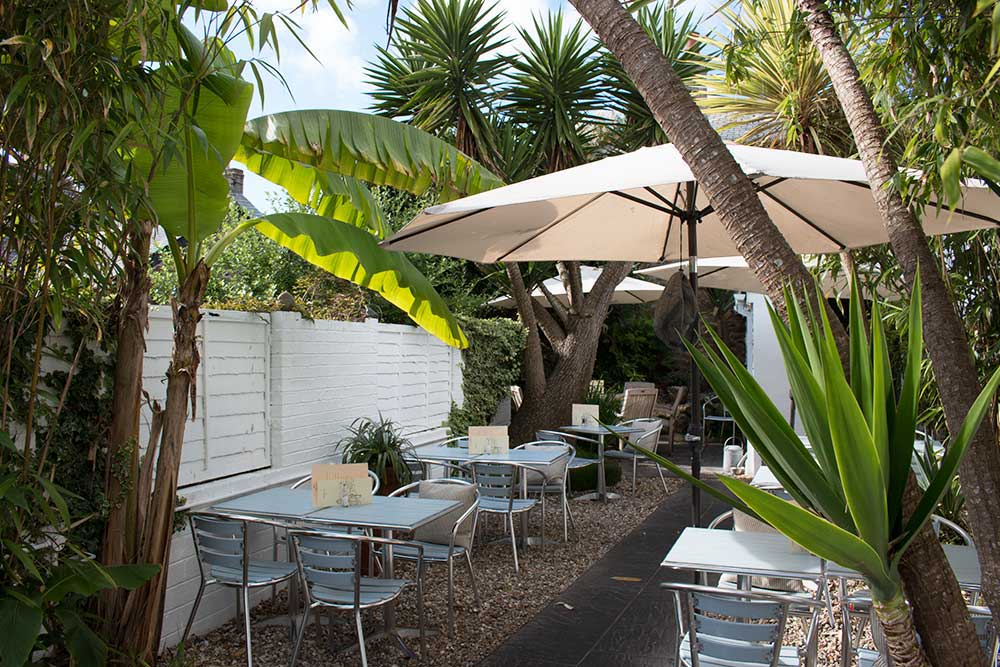 Onwards and Mousehole’s small but perfectly formed stone harbour and surrounding cottages are simply beautiful. Families paddle in the safe turquoise waters of the harbour’s two tiny sand beaches and reel in crabs from their lines. Couples tuck in to fish and chips while dangling their legs over the harbour. One man is exploring the water by kayak. People drip in and out plenty of art galleries and craft shops, picking up treats for themselves and others. Idyllically, another man paints the scene on his easel from the water’s edge. We even spot the Mousehole cat perched on its own cushion taking everything in. 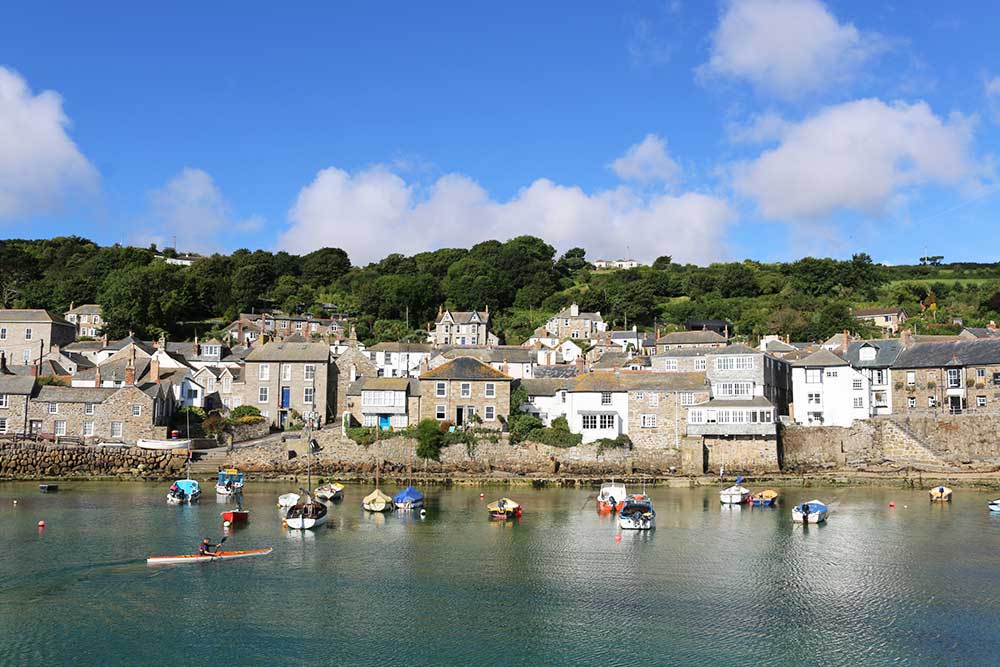 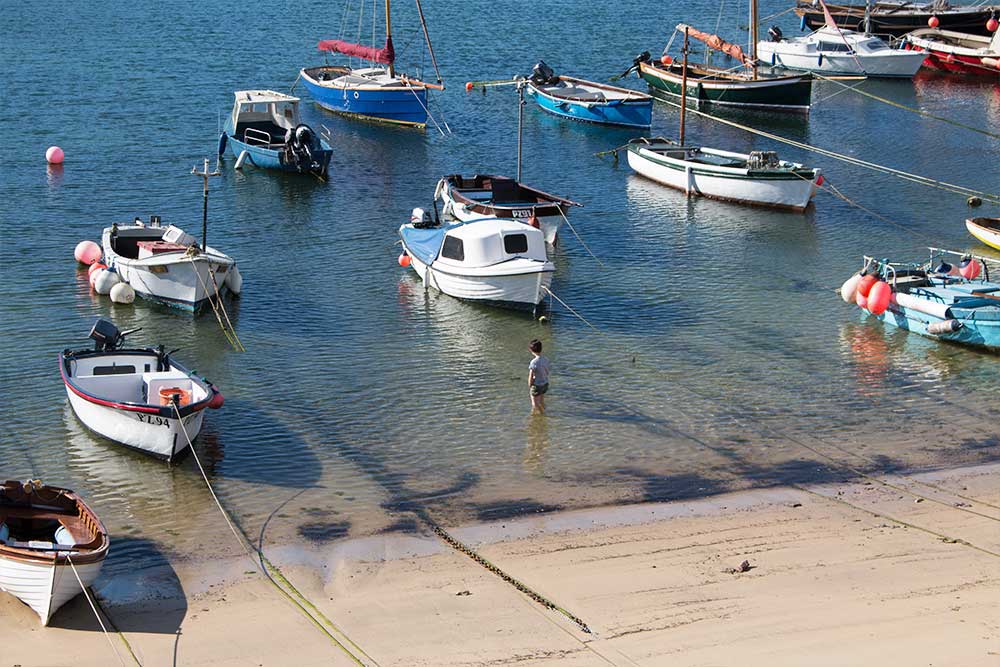 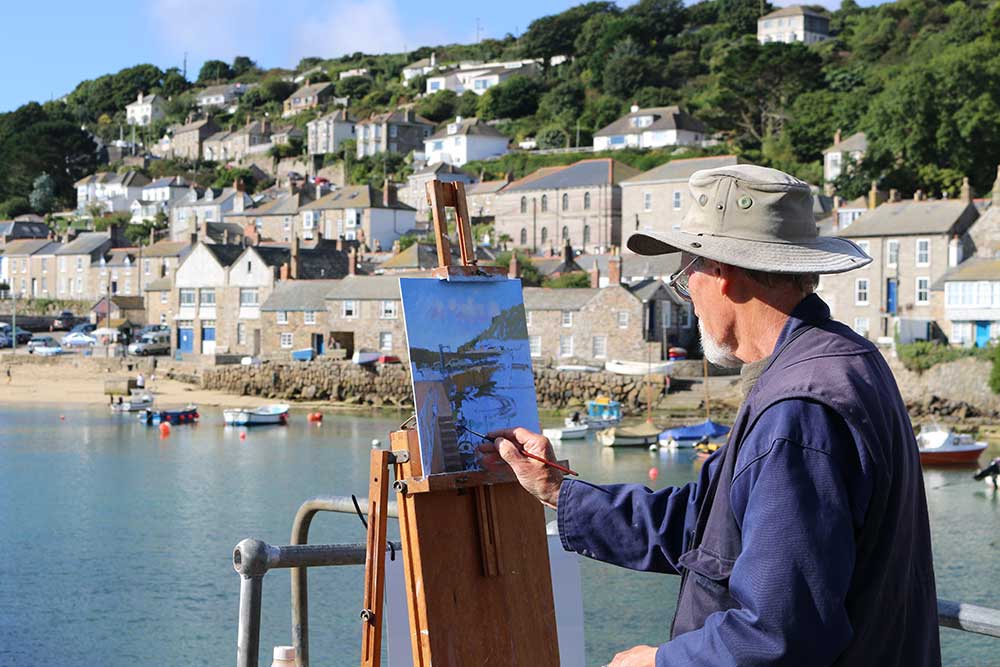 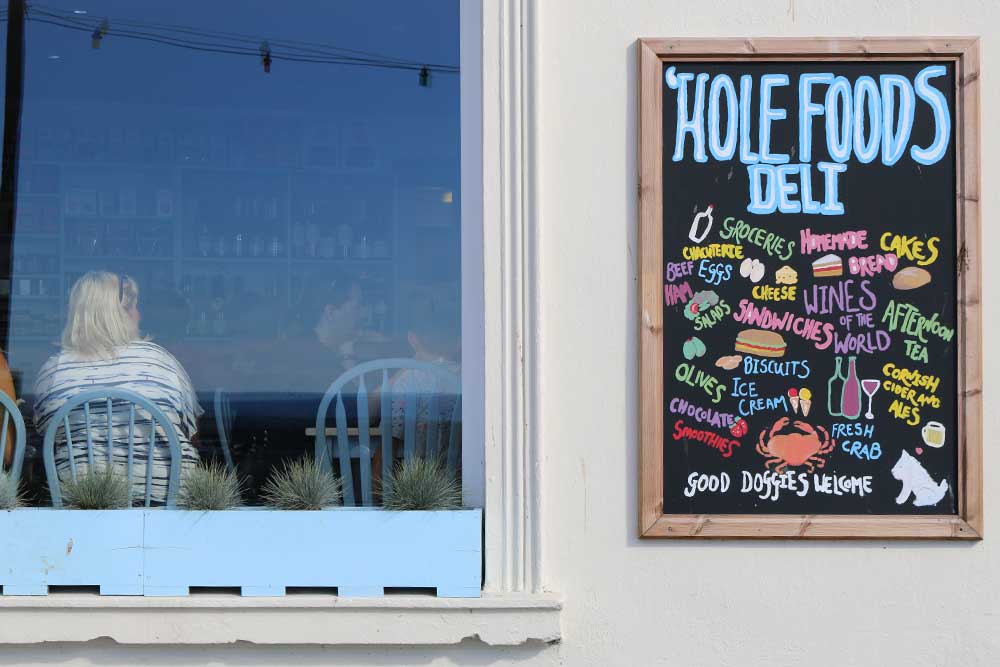 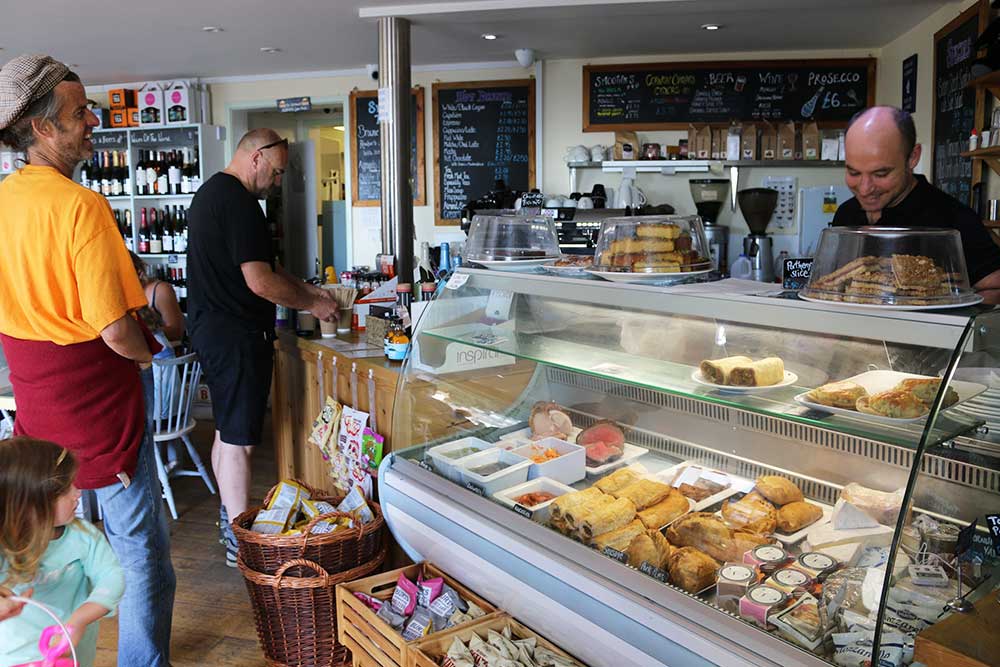 If you’re not familiar with the children’s book, The Mousehole Cat by Antonia Barber tells the story of Mowzer the cat and its old-fisherman owner Tom who brave treacherous stormy seas to feed their fellow hungry villagers. Inspired by Cornish legend, the story still connects with readers of all ages, new and old alike. Pick up a copy in one of the craft shops. You might even discover Mousehole’s own stargazy-pie and want to give it a try with pilchards landed from one of Mousehole's own fishing boats. 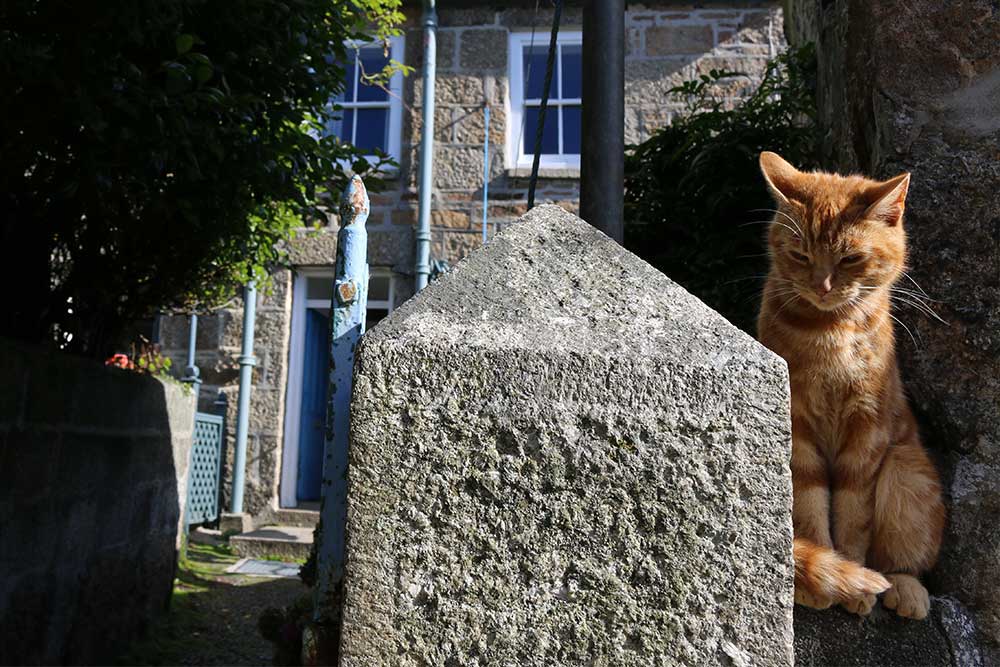 Although it’s mid-August when we visit, we can't fail to mention Mousehole’s biggest draw – the magical Christmas lights which run in the few weeks over Christmas and New Year. Illuminated with displays floating in the harbour and strung up high in the terraces above, the village becomes ablaze with colour, wicker lanterns and the sound of carols and fisherman shanties. A sure fire way to get you in the festive spirit - best viewed with a woolly hat on and hot chocolate or mulled-wine in hand. 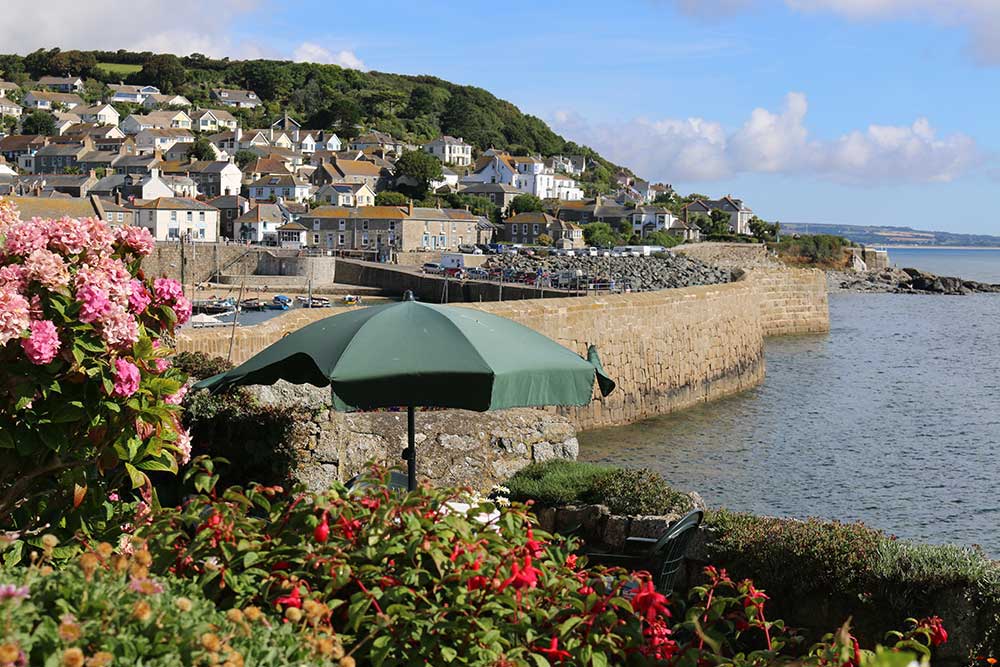 Book your self-catering holiday in Mousehole with Beach Retreats.