St. Austell on the South coast is one of the largest towns in Cornwall. Amongst the secluded coves, beautiful beaches and fishing harbours.

But what St. Austell is really known for is it's world famous ales and beers produced at St. Austell Brewery. We stopped by last week and took a tour of the brewery to see how each, pint, bottle, can, keg of ale is brewed. 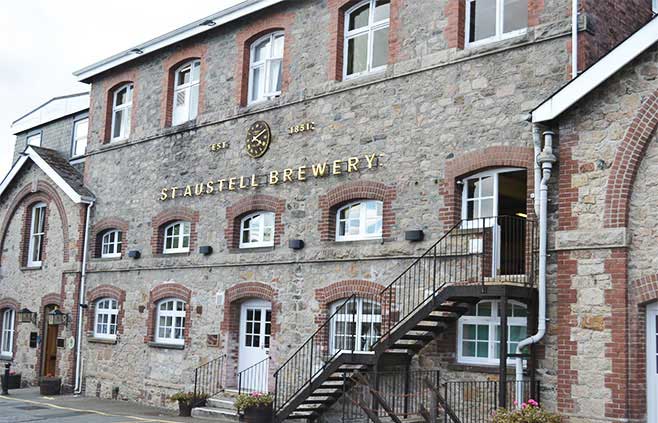 Opened by Walter Hicks in 1851, the brewery still stands in it's original location, with the old buildings of the 1800's still in use and standing proudly next to the new, modern equipment and buildings more recently installed.

Starting in the museum, you get a sense of just how important St. Austell ale is to the brewing world. A large timeline from 1851 to present takes up one wall showing the vast evolution the brewery has gone through. 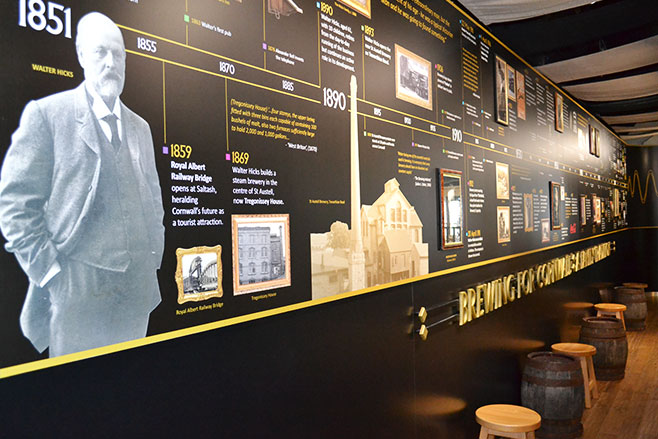 A model of what a cooper's workshop would have looked like in the 1800s. 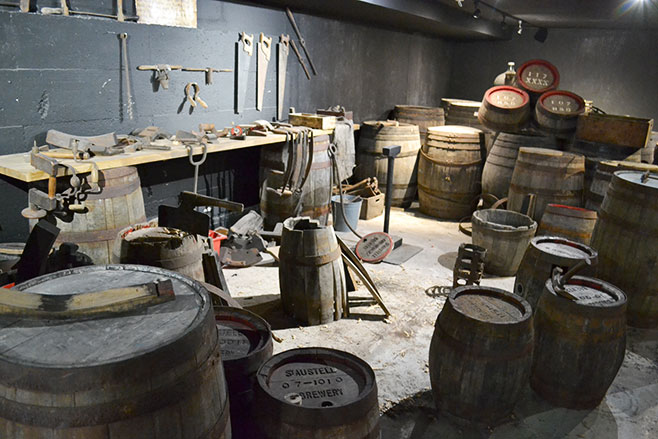 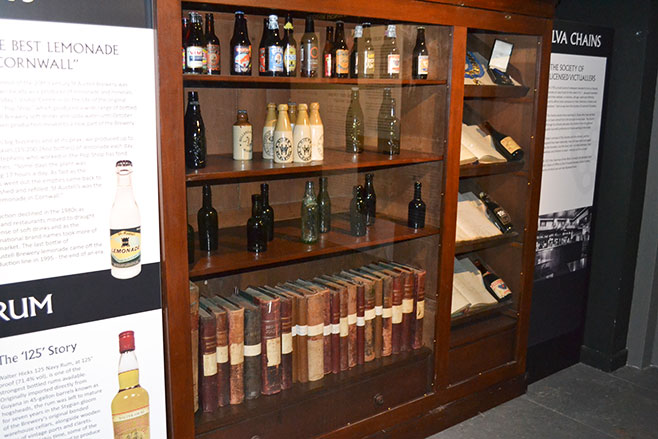 Through the wooden doors you start the tour of the brewery itself.

We are told that the tour is backwards, because the process of brewing St. Austell ale starts in the very top of the tower.

Winding through small corridors, up stairs, past large vats of ale you learn exactly how everything works and just why St. Austell ale taste so good. We'll leave it to the experts to tell you the secrets of how it's done, but for now, trust us when we say it's extremely interesting. 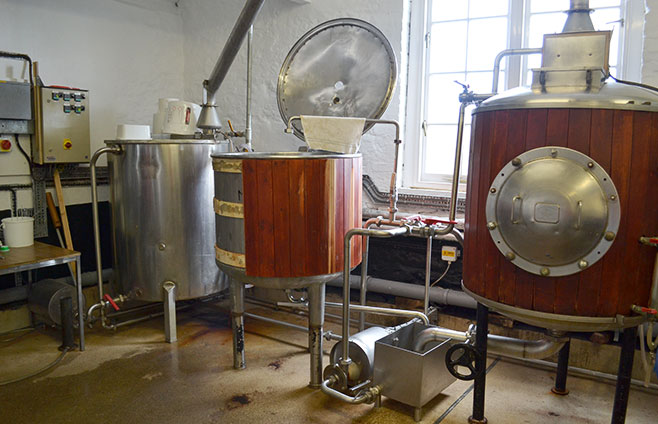 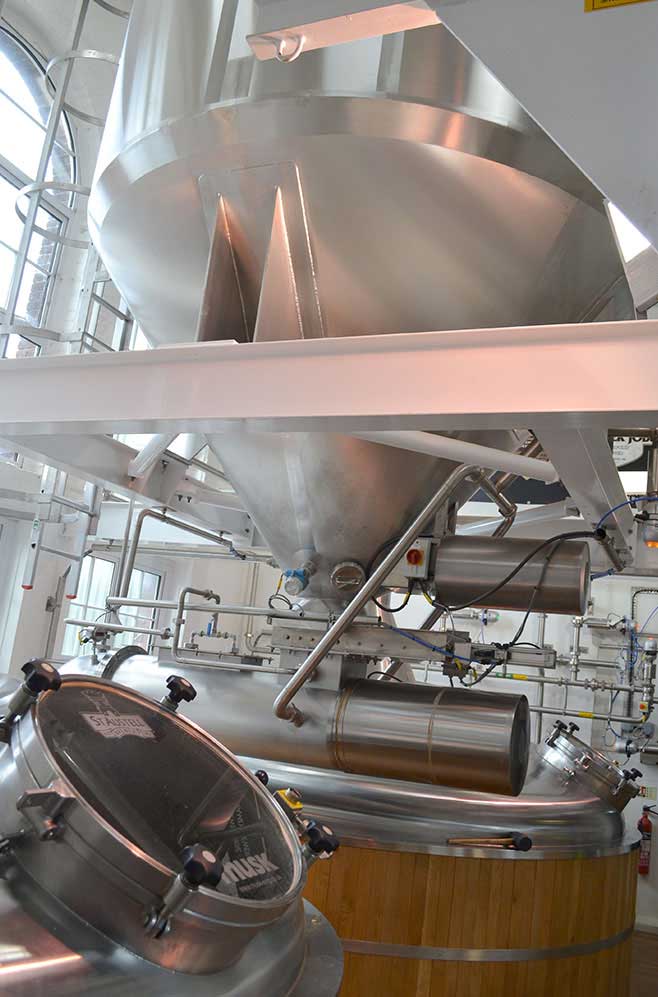 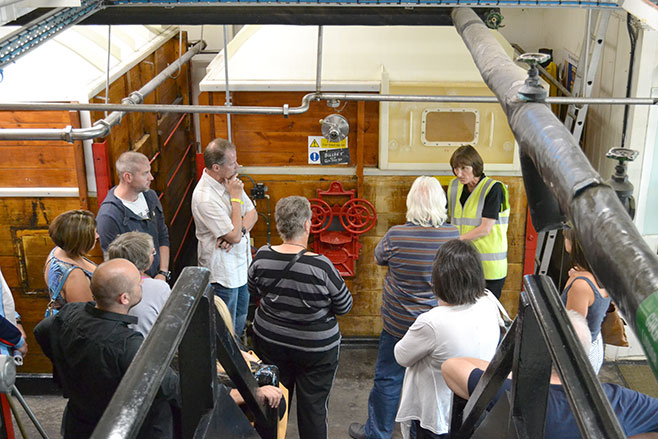 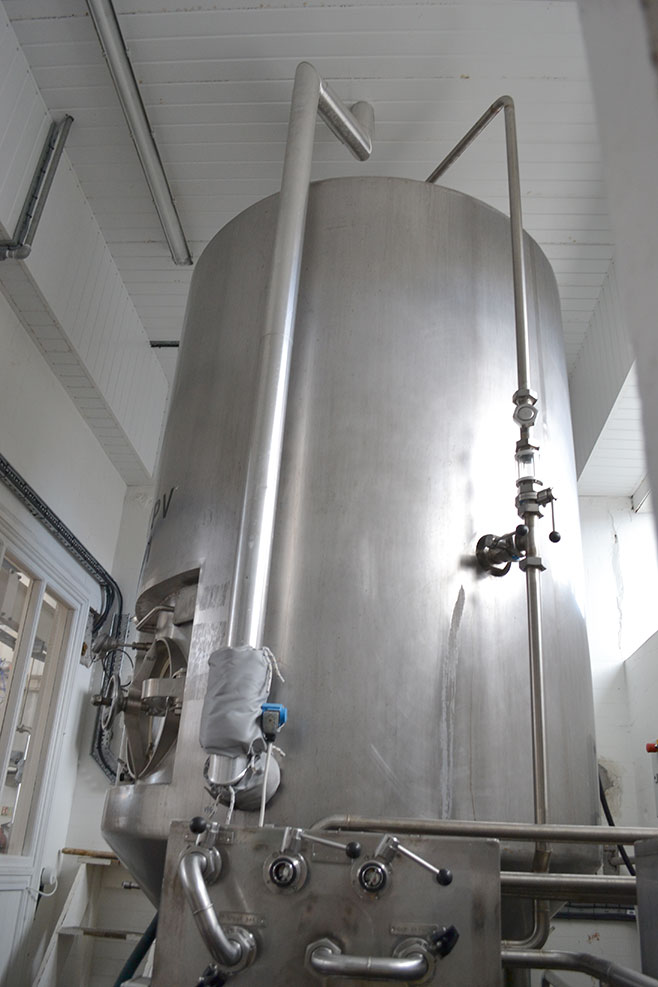 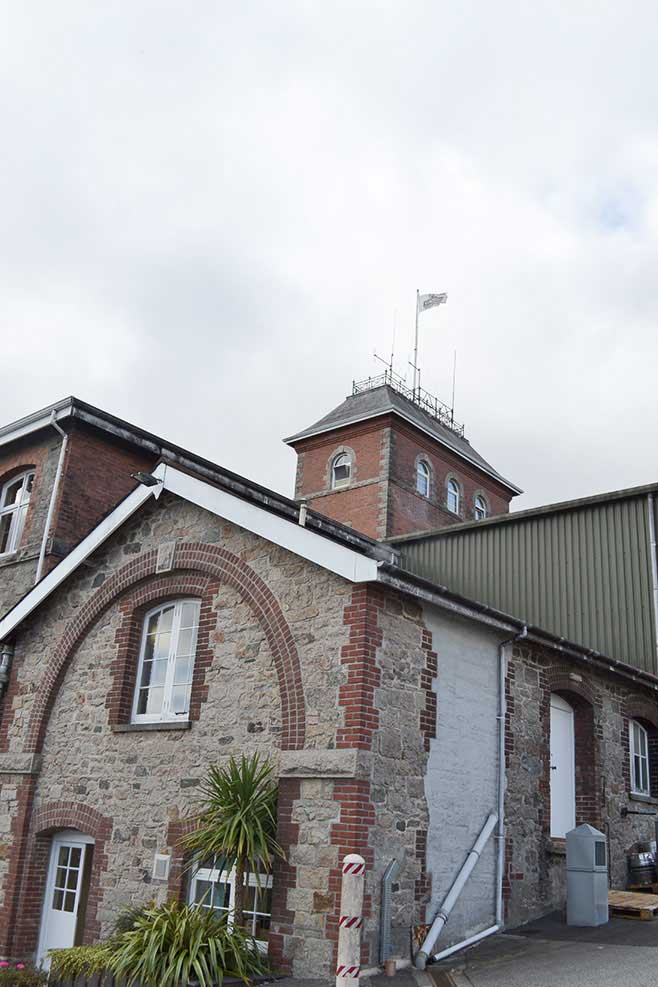 The top of the brewing tower. 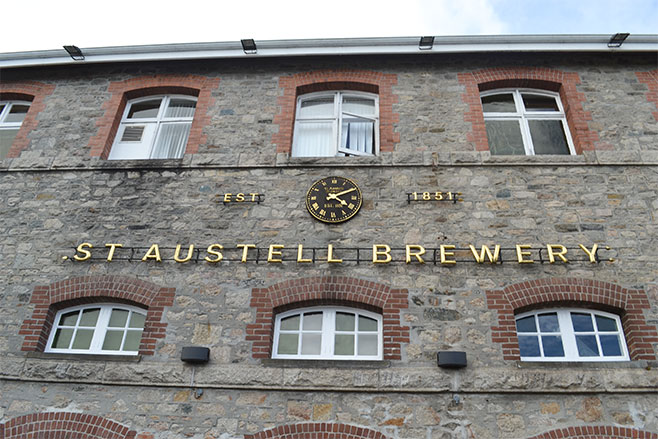 Working your way to the top of the tower and back down again, the tour lasts around an hour and a half, ending in Hicks bar where you can sample a half pint of any of the ales. 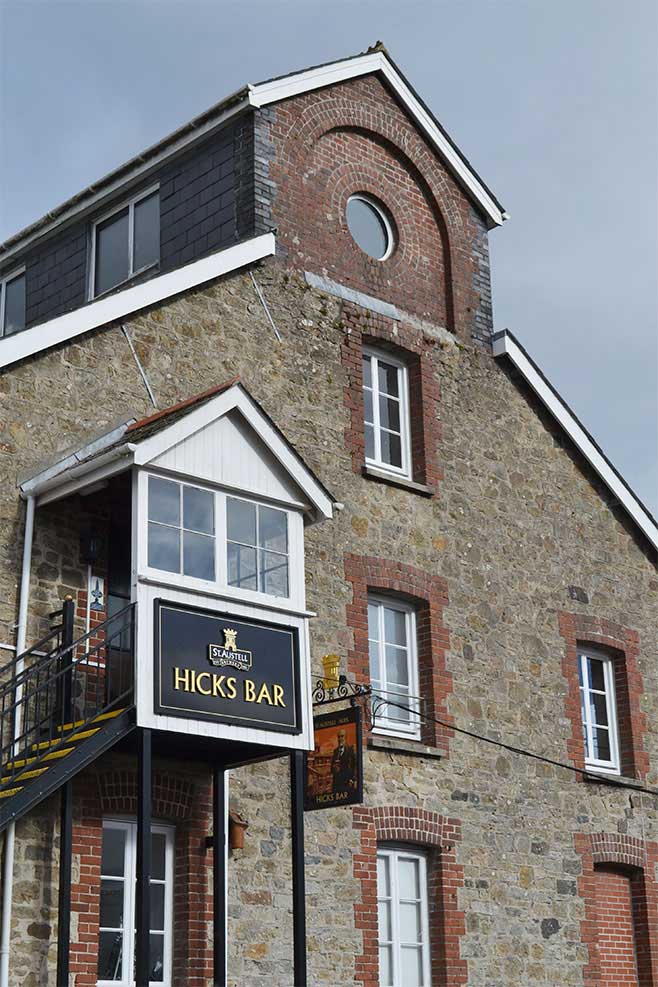 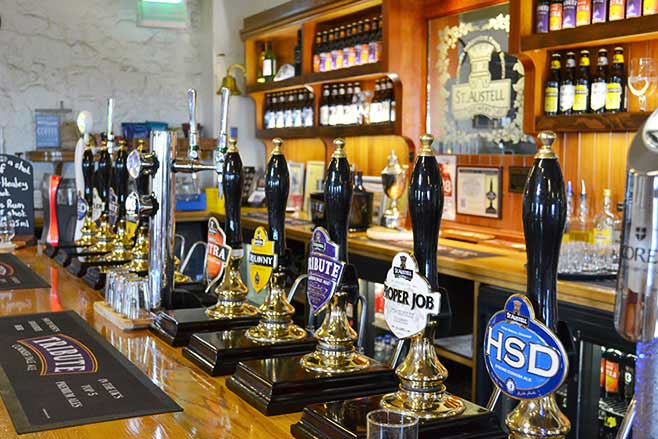 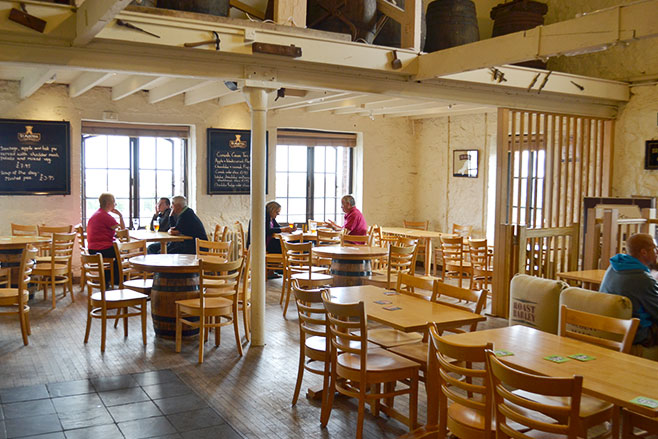 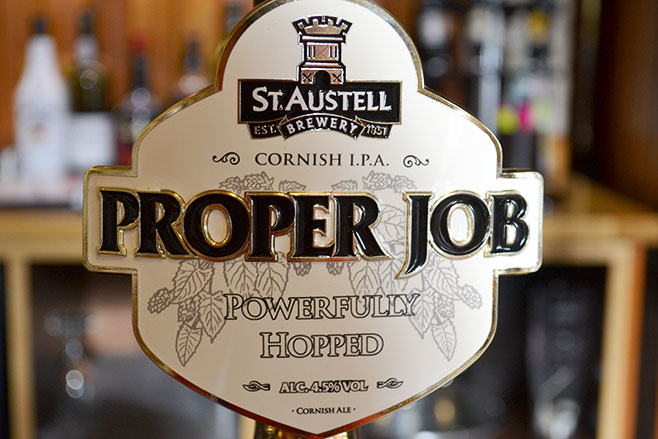 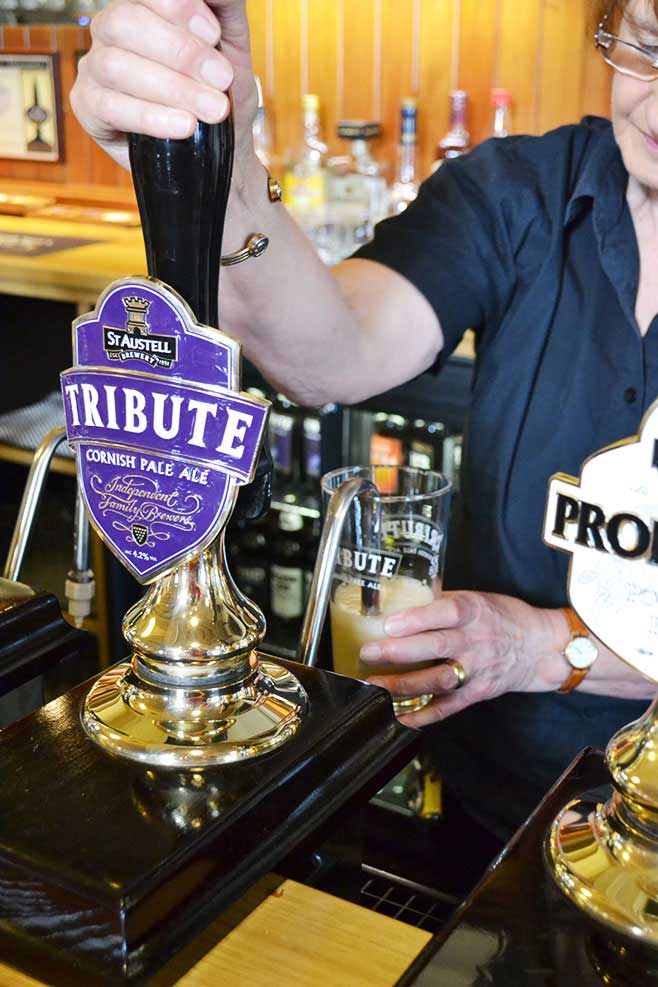 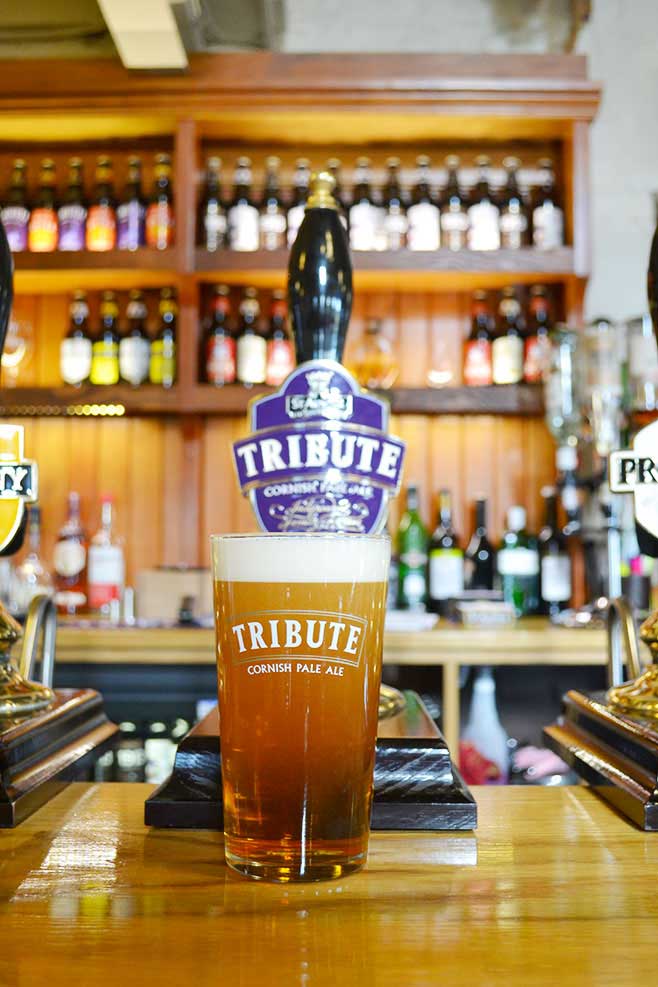 We chose to double our halves and have a pint of Tribute. After all those stairs I think we definitely deserved it.